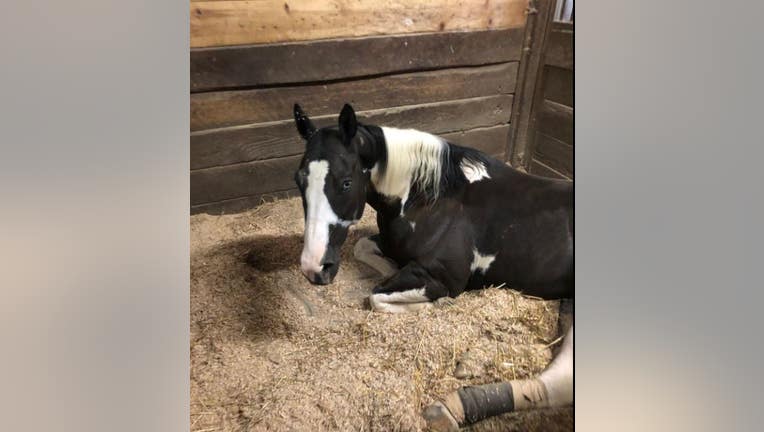 CHICAGO - Ald. Raymond Lopez of the 15th Ward says the horse injured during an anti-violence protest on theDan Ryan earlier this week is improving.

The "Dread Head Cowboy," whose real name is Adam Hollingsworth, rode his horse, NuNu, on the Dan Ryan in order to protest gun violence against children.

After the nearly eight mile run on Monday, animal advocates feared the horse would need to be euthanized due to the extent of injuries to its hooves.

Authorities found the horse collapsed on the pavement near 95th Street Monday, overheated, dehydrated, bleeding from the hooves, and with eyes so dilated they resembled “cartoon eyes."

The horse, coerced to run seven miles without horseshoes, also had sores beneath its saddle, which wasn’t properly padded, the prosecutor said.

NuNu is now being treated and cared for at a horse farm in the south suburbs.

Hollingsworth has been charged with one felony count of aggravated animal cruelty.