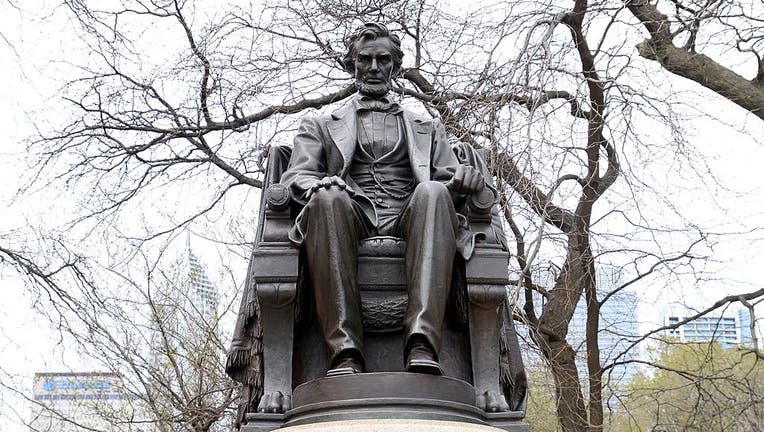 CHICAGO - A city commission is determining the fate of monuments to Abraham Lincoln and George Washington and other historical figures in Chicago as part of a "racial healing and historical reckoning project" that began over the summer.

No decision has been made on whether any of the 41 statues and other commemorative markers of presidents Lincoln, Washington, Benjamin Franklin, Ulysses S. Grant and William McKinley, and more, will be taken down. But in a city where Lincoln Park and Grant Park attract visitors from around the world and in a state that the license plates call the "Land of Lincoln," the review adds a new wrinkle into the national conversation about honoring historical figures tied to slavery, oppression or subjugation.

"This project is a powerful opportunity for us to come together as a city to assess the many monuments and memorials across our neighborhoods and communities — to face our history and what and how we memorialize that history," Mayor Lori Lightfoot said in a statement. "Given the past year and in particular the past summer that made clear history isn’t past, it is essential that residents are a part of this conversation.

The Chicago Monuments Project was launched over the summer to review more than 500 statues and monuments. On Wednesday, besides identifying statues and markers of Lincoln, Washington and others for review, the city launched a website that details those flagged for review by the mayor’s commission on monuments.

Chicago is among several U.S. cities that have been dealing with disputes over monuments celebrating Christopher Columbus, Confederate leaders and other slave owners. In the wake of the May 25 killing of George Floyd in Minneapolis police custody, activists — angry about Columbus’ mistreatment of Indigenous people — clashed with police in Chicago as they tried to forcibly remove a statue of of the explorer.

Lightfoot ordered the "temporary" removal of Columbus statues and it was unclear when or if they will be returned.

Lincoln issued the Emancipation Proclamation during the Civil War that freed the slaves. But he has still come under fire. In San Francisco last month, his name was among several historical figures that the city’s Board of Education voted to remove from schools. Lincoln was included on the list after a committee determined Native Americans were mistreated during his administration.