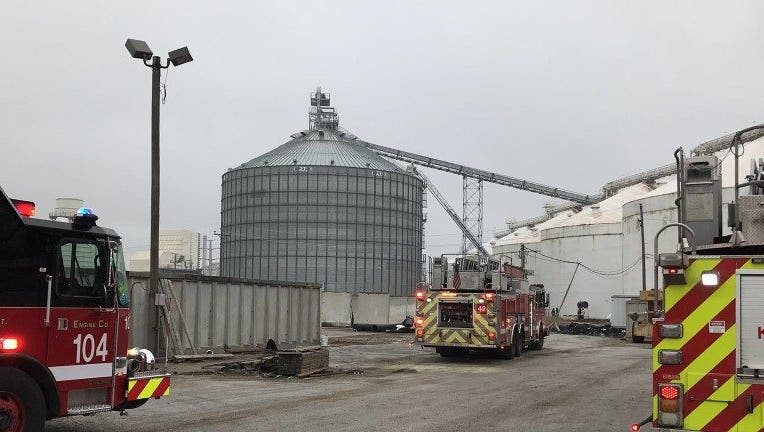 CHICAGO - Firefighters extinguished a blaze at a soybean silo Tuesday morning on the Far South Side.

The fire was put out quickly, but crews remained on scene to ensure hotspots don’t rekindle, Schroeder said.

No one was injured or evacuated, he said.

The damage from the fire was limited to inside the silo, which was 70% full of soybeans, he said.

The cause of the fire is under investigation, Schroder said.