CHICAGO - The Chicago Fire Department's new chief says she is taking steps to diversify the department.

Annette Nance-Holt was confirmed as Chicago's new Fire Commissioner in June, becoming the first Black woman to lead the department.

The Chicago City Council voted to confirm her, and Mayor Lori Lightfoot tweeted her congratulations: "Annette Nance-Holt has made Chicago history by becoming the first Black woman to serve as Chicago Fire Department commissioner."

Now, Nance-Holt says she is taking steps to diversify the department. Records show 64% of the department's 5,000 employees are white and 90% are male.

On Thursday, Commissioner Nance-Holt said she was rolling out a new entrance exam that will expand the pool of potential recruits. She also wants to expand community outreach.

"Commissioner Holt has more than three decades of proven leadership and a passion for public service that makes her the perfect fit for this role," said Lightfoot in a statement in May. "Furthermore, in a time where more work remains in order to eliminate discrimination, racism and sexism from the firefighter profession, Commissioner Holt's history-making appointment as the first woman and Black woman to lead as Fire Commissioner couldn't have come at a better moment." 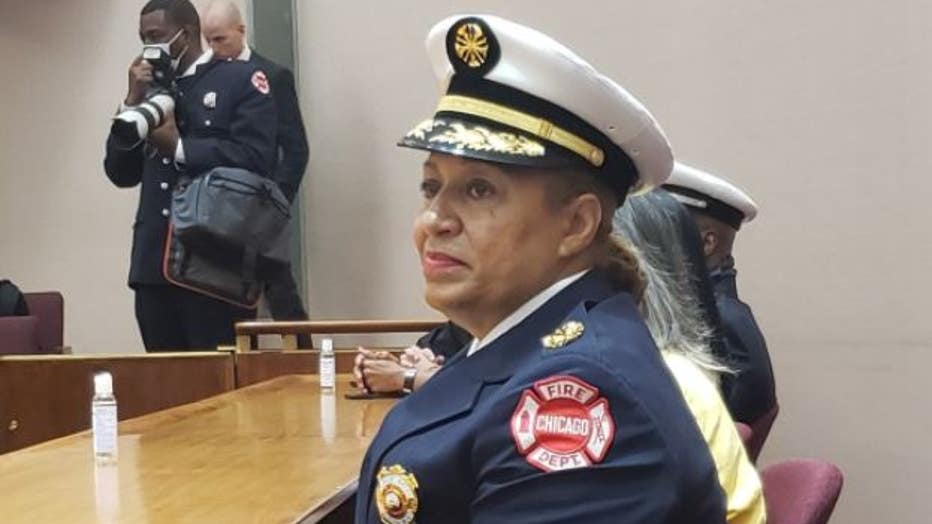