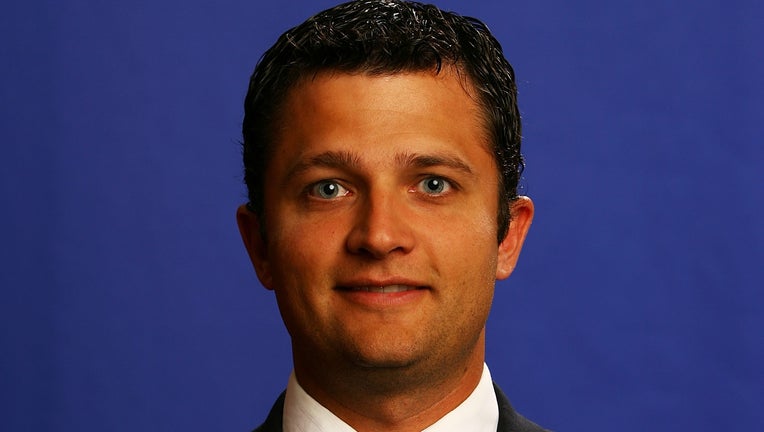 Aldrich has never been charged with the assault of Kyle Beach in Chicago in 2010. However, Aldrich went on to assault a teenager in Michigan, did time in prison and is now required to register as a sex offender. Revelations about the Blackhawks' handling of Beach's accusations led to the resignation of Blackhawks General Manager Stan Bowman last week. Former Blackhawks Coach Joel Quenneville, who had moved on to coach the Florida Panthers, also resigned last week.

The pattern of abuse continued at Miami University, which hired Aldrich in July of 2012, according to a report put together by an outside law firm. (Between his time with the Blackhawks and his job at Miami, he had worked for Notre Dame.) The university notes that Aldrich did not have any criminal convictions or arrests, and also that he did not provide any references.

During the summer of 2012, Aldrich worked at hockey camp at Miami and that's where he found his first alleged Ohio victim: an intern who was an adult when they met. That man said that on Nov. 17, 2012, while hanging out with Aldrich and other friends, he got drunk, went to Aldrich's apartment to sleep it off, and woke up the next day to find himself being sexually assaulted.

That November 2012 assault was immediately reported to Miami University officials, and as Miami got ready to tell Aldrich on Nov. 27, 2012 that he was being suspended, he resigned. The alleged victim never filed a police report.

Around that same time in 2012, a Miami University student said Aldrich assaulted him in a very similar situation: they were out drinking, Aldrich suggested the man stay at his apartment, and he woke up to find Aldrich sexually assaulting him. That incident was not reported to Miami until 2018. That victim did file a police report in 2018.

In 2013, Aldrich sexually assaulted a 16-year-old while volunteering with a hockey program in Houghton, Michigan. The police chief called Miami to get more information about Aldrich, and was told that Aldrich had resigned under suspicion of sexually assaulting an intern. According to the law firm's report, "the Houghton Chief indicated that other prior employers of Mr. Aldrich, Notre Dame and the Chicago Blackhawks, were less responsive."

The Chicago Blackhawks mishandled allegations that an assistant coach sexually assaulted a player during the team’s Stanley Cup run in 2010, according to an investigation commissioned by the franchise that cast a shadow over the NHL on Tuesday.