'Stranger Things' fans spotted a recognizable face in the new season. Robert Englund plays the mysterious Victor Creel, but for many of us, he haunted our dreams as Freddy Krueger in 'The Nightmare on Elm Street' movies. Jake Hamilton spoke with him about how he thinks kids in this day and age are discovering Freddy Krueger.

CHICAGO - Stranger Things fans caught a glimpse of a familiar movie icon in the latest season, A Nightmare on Elm Street star Robert Englund -- Freddy Krueger himself -- guest starred in a pivotal role.

The legendary horror actor stars as Victor Creel, a man imprisoned for a brutal murder -- and his character's opening shot, a finger scratching against a table, is a subtle nod to his infamous Elm Street villain, the actor told FOX 32 Entertainment Reporter Jake Hamilton.

"(Director) Shawn Levy was insistent that I do this scratching business and it kind of threw me a little bit," Englund said. "By doing that, we got over the Freddy thing, the Freddy apprehension. And now I can be Victor Creel."

Englund can be seen in the fourth season of Stranger Things, streaming now on Netflix. 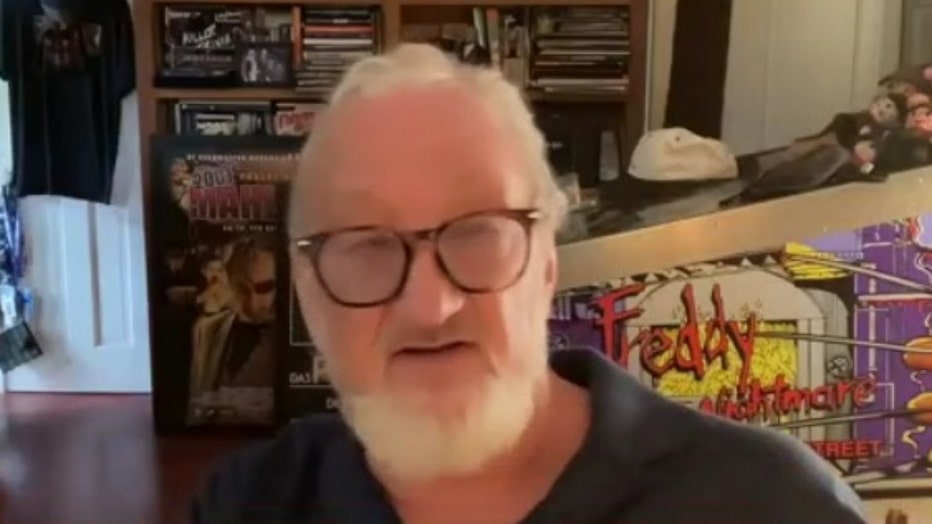