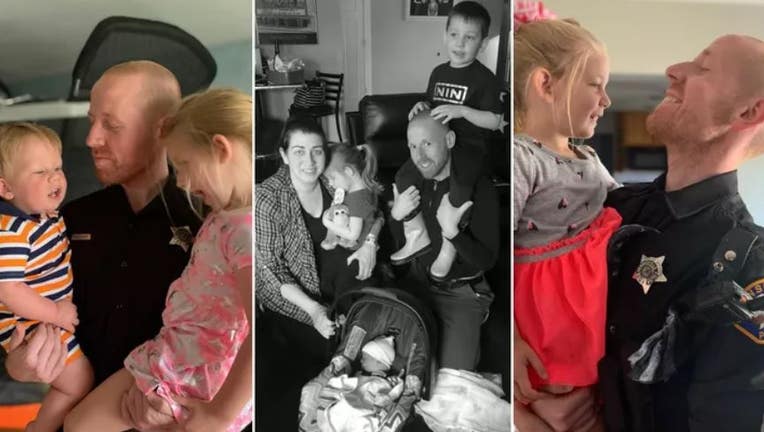 BENSENVILLE, Illinois - A GoFundMe to help a suburban police officer who was shot in the line of duty raised $35,000 in its first 8 hours.

Bensenville officer Steven Kotlewski was shot on Saturday morning when he responded to a domestic call. His sister-in-law said that he was shot twice in the back, and suffered multiple shots to both legs. He has undergone surgeries on both legs, his colon, liver, kidney, diaphragm and pelvis. The GoFundMe said that he is in a medically induced coma in the ICU.

The GoFundMe said that Kotlewski is the father of three children: an 8-year-old boy with special needs, a 5-year-old girl and a one-year-old boy. His wife Crystal is a stay-at-home parent.