A person was wounded in a shootout with a University of Chicago police officer Tuesday morning in Hyde Park on the South Side, according to the Chicago Fire Department.

CHICAGO - A person was wounded in a shootout with a University of Chicago police officer Tuesday morning in Hyde Park on the South Side, according to the Chicago Fire Department.

The university said one of their officers was on patrol about 11:40 a.m. near Woodlawn Avenue and Hyde Park Boulevard when he saw a man on foot with a handgun.

The campus police officer stopped his squad car to question the man when he began firing shots at the officer, who returned fire, striking the man, officials said.

After repeatedly being told to drop his weapon, the man continued to move toward the officer with his gun drawn and was shot again, according to a statement from the university.

No one else was injured, the school said in its statement, which added that the man is not affiliated with the school.

Video of the shooting will be released publicly "as soon as possible," the statement said.

A person was critically wounded in a shoot-out with University of Chicago police late Tuesday morning in Hyde Park.

This is the third violent incident to occur within a couple blocks of campus, including the murder of a Chinese student in November and a deadly carjacking last summer.

Students and university workers said the area isn't as safe as it used to be.

"Yeah we are concerned, quite concerned," one student said. "We still haven't gotten an alert which is a big trouble."

UNIVERSITY OF CHICAGO EMPLOYEE ROBBED AT GUNPOINT IN HYDE PARK

"I mean, I used to be feeling very safe in Hyde Park, especially the University of Chicago campus but not since the pandemic. I believe because of the pandemic, it's just citywide, everywhere," another student said. 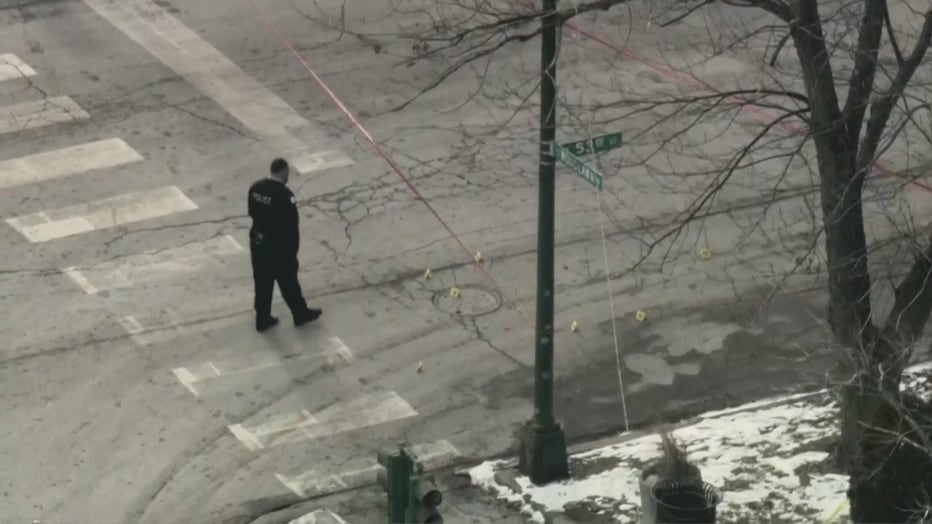 The officer that fired the shots has been put on leave, typical protocol when an officer discharges their firearm.

Chicago police and the university investigating the shooting.