The next full moon is the harvest moon, which will be visible starting on Monday night.

Also known as the fruit or barley moon or the corn moon, the harvest moon will appear full for around three days.

According to NASA, the lunar event will begin on Monday at 7:55 p.m. EDT from Iceland, Liberia, Senegal and across the Americas to the International Dateline.

However, it will be on Tuesday for the rest of Africa, Europe, Asia and Australia to the International Date Line. 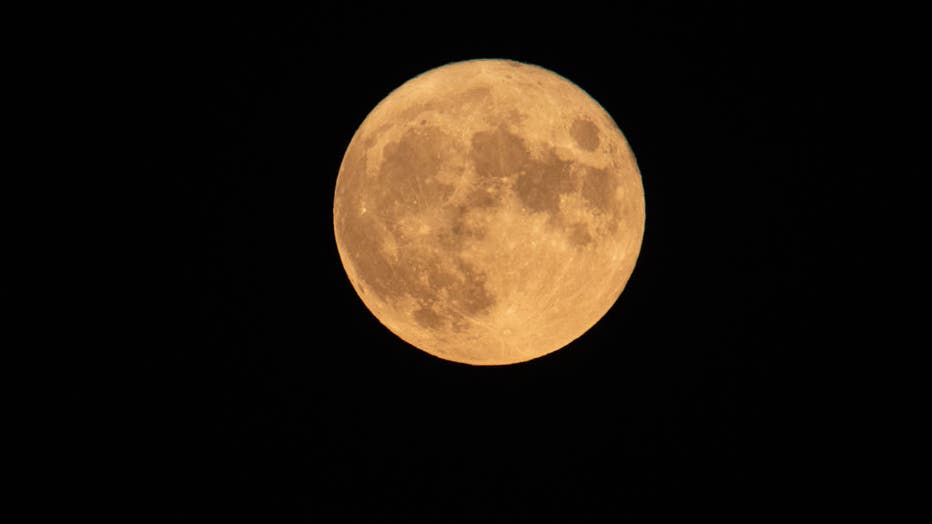 The August Sturgeon full moon rises behind the Hortiatis mountain and Thessaloniki city over the sea, skywatchers call it Blue Moon. The lunar moonlight is reflected on the water surface while it rises in warm red color near Kalochori town with the f

The large moon appears with an orange tinge due to what EarthSky says is a greater thickness of the Earth's atmosphere toward the horizon.

The term harvest moon is an old European name and The Oxford English Dictionary gives 1706 as the year of its first published use.

To harvest, NASA pointed out, farmers sometimes need to work by the light of the moon and the names fruit moon and barley moon refer to the harvest and threshing of barley and ripening of fruits.

The Algonquin tribes called this moon the corn moon because it was the time for gathering crops of corn in addition to pumpkins, squash, beans and rice.

Alternatively, newer names for the harvest moon as the GRAIL moon and LADEE moon, after two lunar robotic missions launched this month in 2011.

On Sept. 10, 2011, the twin Gravity Recovery and Interior Laboratory (GRAIL) spacecraft began its journey on a Delta II launch vehicle and on Sept. 6, 2013, the Lunar Atmosphere and Dust Environment Explorer (LADEE) started its trip aboard a Minotaur V launch vehicle.