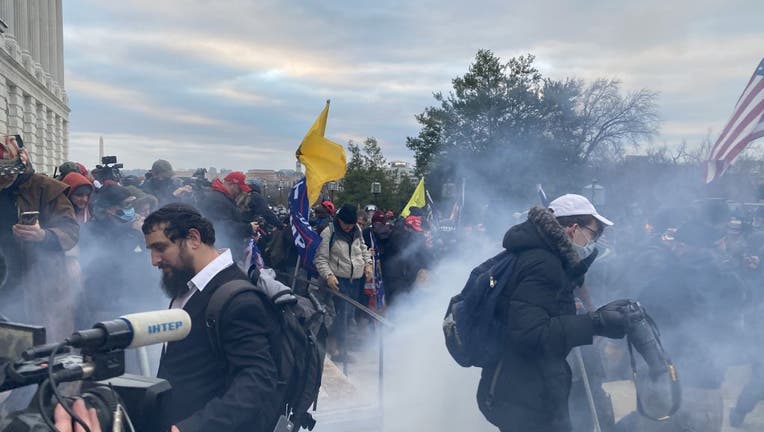 WASHINGTON D.C., USA - JANUARY 6: Security forces respond with tear gas after the US President Donald Trumps supporters breached the US Capitol security in Washington D.C., United States on January 06, 2021. Pro-Trump rioters stormed the US Capitol a

CHICAGO - Many Illinois politicians released statements following chaos and riots that erupted at the U.S. Capitol.

"What we saw today was not a protest, it was an attempted coup. I refuse to let anyone intent on instigating chaos or inciting violence deter me from carrying out my Constitutional duties. Congress must continue its work certifying the results of the election and turn the page on this shameful chapter in our history. It is the only way to inch closer to healing our nation."

Illinois Gov. J.B. Pritzker took to Twitter to call on Congress to impeach and remove President Trump from office.

"What we witnessed today was nothing short of a coup at the hands of Donald Trump and his Republican enablers. What should have been a ceremonial event to mark the peaceful transition of power became an appalling and tragic day for our country. I stand with my colleagues on both sides of the aisle to condemn these treasonous riots. Let’s be resolved to move past this dark chapter together as one nation."

"First, I am praying for the safety of our public servants and staff inside the Capitol. Let’s be clear, this was not a protest gone awry. These are domestic terrorists engaged in an insurrection incited by the departing President. Let us not shirk from what is happening here. This is lawlessness and disorder rooted in Trump’s embrace of white supremacy. This is America. This is what happens when we parse words and fail to confront the truth. This is beyond appalling, but not surprising."