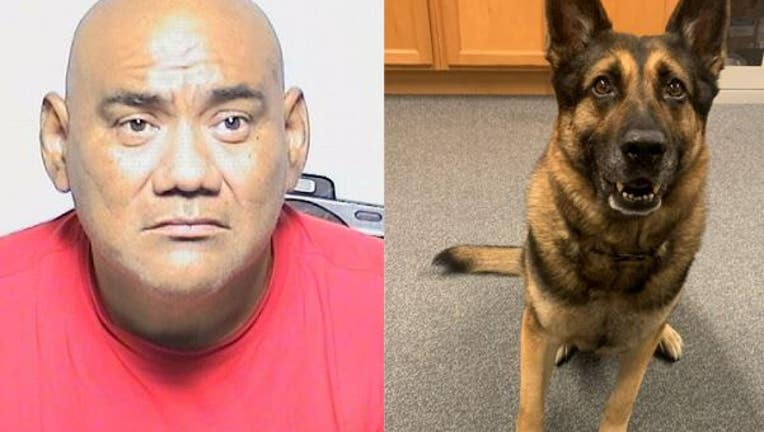 WAUKGEGAN, Ill. - A man faces drug charges after a Lake County Sheriff's canine found over two kilograms of cocaine during a traffic stop.

At about 1:15 p.m. Friday, a Lake County Sheriff's Deputy conducted a traffic stop on a vehicle on Greenwood Avenue at the Amstutz Expressway in Waukegan for a traffic violation, authorities said.

During the stop, Lake County Sheriff's canine Duke conducted a sniff around the vehicle, and indicated that there was contraband inside.

A search of the vehicle was conducted, and a bag was located on the floor ahead of the front passenger seat that contained over two kilograms of cocaine, police said.

The front seat passenger of the vehicle, identified as Jorge Villareal-Flores, 47, of Texas, was arrested.

He was charged with manufacturing/delivery of cocaine and possession of cocaine.

"I am very proud of Canine Duke and his handler, Deputy Arrowood, for their efforts on this traffic stop. Our canine teams, and the entire Sheriff’s Office, will continue working tirelessly to seize dangerous drugs and weapons, while arresting those who possess them, to keep our communities safe," said Sheriff John Idleburg.