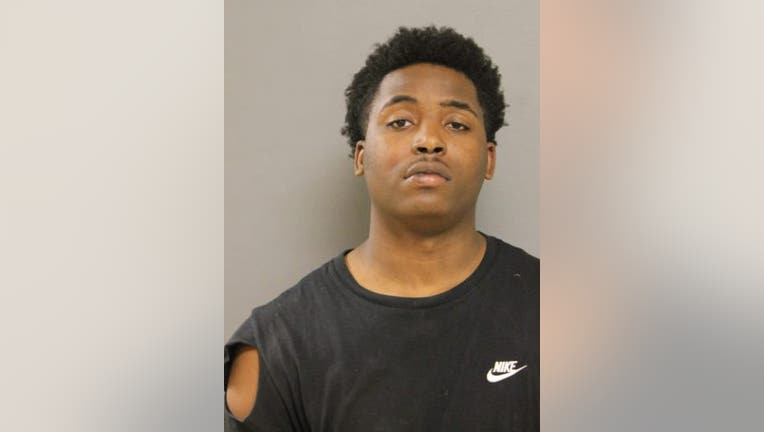 CHICAGO - A Chicago man was charged with attacking two police officers who were responding to the scene of a mass shooting Tuesday in the Back of the Yards neighborhood.

Mario Sanders, 20, was accused of pushing an on-duty police officer to the ground and punching another in the face around 4:30 p.m. in the 4800 block of South Ada Street, police said.

A 19-year-old was killed and four other teens were wounded in the shooting, which stemmed from a "historic gang conflict," according to Chicago Police Commander Don Jerome.

A scuffle broke out between police and some onlookers who thought police were not performing life-saving measures on the gunshot victims. A mother who witnessed the shooting and did not want to be identified, said officers were "standing around, talking and laughing."

"They weren’t trying to do compressions or CPR on the kids that were shot," she told the Sun-Times. "That’s when the people of the community started getting reckless."

1 dead, 4 wounded in drive-by involving stolen car in Back of the Yards

Chicago police say officers immediately tried performing life-saving measures on the wounded, but that they were met by a hostile crowd of community members and gang members who were "actively fighting the police."

Sanders was charged with two felony counts of aggravated battery of a peace officer and two misdemeanor counts of resisting arrest.

Police said Rosas tried to stop officers from rendering aid to victims at the scene and starting their investigation. He ignored orders to evacuate the area, according to police.

The attack was the first of two mass shootings that occurred five hours apart on the South Side. The second occurred about five miles away in Jackson Park and wounded six people. By day’s end, at least 21 people were shot across Chicago.

Sanders is due in court Wednesday.

6 shot on Chicago's South Side

Four women and two men were wounded in a drive-by shooting Tuesday night in Jackson Park on the South Side.