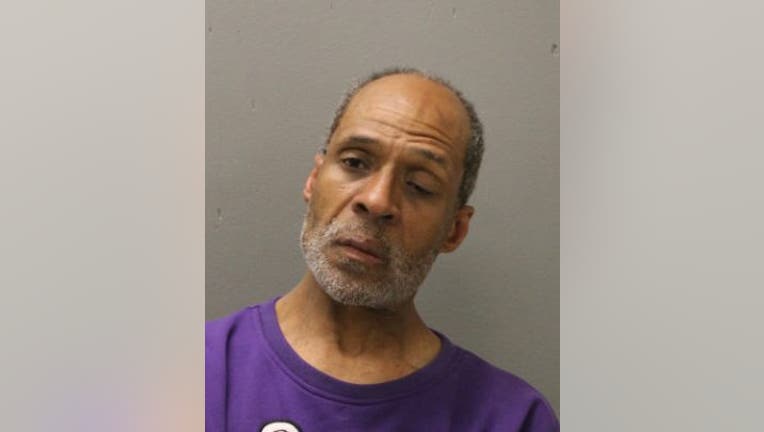 CHICAGO - A man allegedly stabbed a 61-year-old woman to death in Roseland last week because he was angry that she did not join him when he was kicked out of a coachhouse they had been staying in.

Richard Rollins, 54, and Vicky D. Braboy were homeless and had been living at the residence, in the 100 block of West 111th Place, Cook County prosecutors said Wednesday.

A woman who lived in the main house told Rollins Friday that he had to leave because he refused to share his "food stamp" funds, Assistant State’s Attorney Kevin DeBoni said.

Police officers came to remove Rollins from the home, but he returned about an hour later and allegedly stabbed Braboy numerous times, DeBoni said.

Another person who lives in the main house — and had seen officers remove Rollins — later saw him running away from the coachhouse through a gangway to the street, DeBoni said.

Braboy’s body and several pools of blood where subsequently found inside the coachhouse and she was pronounced dead at the scene, authorities said.

Shortly after the murder, surveillance cameras recorded Rollins entering Roseland Hospital where he sought treatment for cuts on his hand, DeBoni said. Rollins allegedly signed in under his own name and presented personal documentation, but then left without receiving treatment.

After Rollins was taken into custody Monday, he told detectives that he stabbed Braboy because he was angry she had not left with him, DeBoni said. Rollins also told detectives where to find the two knives he used to stab Braboy. The knives were recovered behind a furnace in the coachhouse, DeBoni said.

Rollins was released on parole in January following a 2013 conviction for manufacture or delivery of a controlled substance, state records show.

He has 10 children and had been working recently at a Church’s Chicken restaurant, an assistant public defender said.

He is expected back in court May 11.