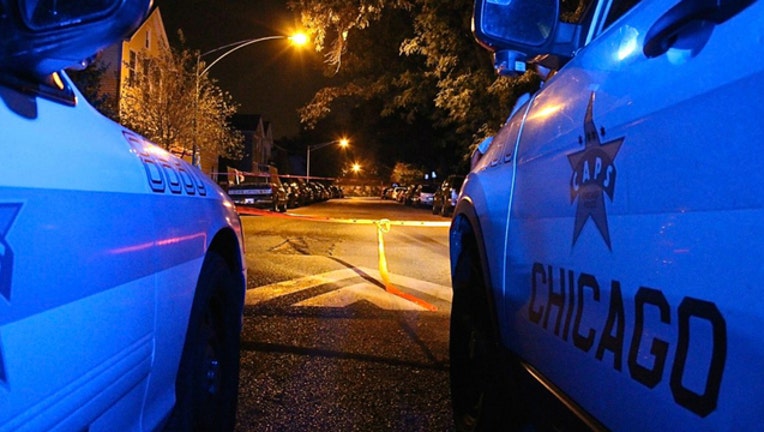 CHICAGO (SUN TIMES MEDIA WIRE) - A man was killed and at least five more were wounded in separate shootings across Chicago on Tuesday.

The fatal attack happened about 2:15 p.m. in the Lawndale neighborhood on the West Side, where two 18-year-old men heard gunfire while walking north in the 2300 block of South Whipple, according to Chicago Police. They were taken to Mount Sinai Hospital, where one died of a gunshot wound to the head at 2:56 p.m., authorities said. The Cook County medical examiner’s office has not released his name.

The other man was shot in the shoulder and back. His condition was stabilized, according to police, who said the shooting likely was gang-related.

The latest nonfatal attack happened about 8:45 p.m. in Englewood on the South Side, where someone robbed a 41-year-old cabdriver in the 6500 block of South Justine and then shot him in the shoulder and arm, police said. His condition was stabilized at Christ Medical Center in Oak Lawn.

About 5 p.m. a 19-year-old man was wounded in another Lawndale shooting. He was outside talking to another person in the 1800 block of South Kildare when he shots that hit him in the leg, hip, groin and buttocks, police said. He was taken in serious condition to Mount Sinai.

Two hours before that, a man was shot in the abdomen while driving east on the Eisenhower Expressway near Morgan Street, according to Illinois State Police. He was taken to Stroger Hospital in critical condition.

Tuesday’s first shooting happened at 11:23 a.m. in East Garfield Park, where a 23-year-old man was shot seven times in the torso and legs during a “domestic altercation” in the 3400 block of West Fulton, police said. He took himself to Stroger, where he was listed in serious condition.

Six more people were shot in the city on Monday, three of them fatally.