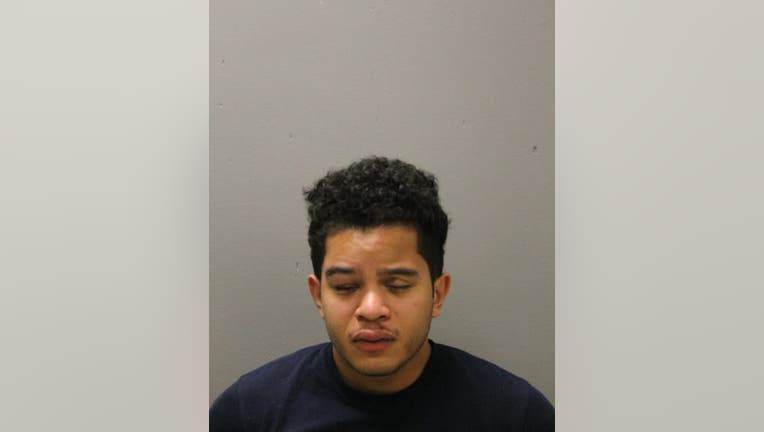 CHICAGO - A 24-year-old man allegedly shot his friend to death during an argument on the South Side over the weekend.

"You’ve got a gun. You’re going to shoot me," one witness allegedly heard Rice say before he was gunned down in the 7900 block of South Paulina Street.

Rice’s mother peered out the front window and saw her son’s legs stretched out after he fell on the threshold of the door, prosecutors said Tuesday.

Before he was transported to the hospital, 24-year-old Rice allegedly cried out that Terrence shot him.

He later died later at Christ Hospital in Oak Lawn.

Before he was killed, Rice smacked a key fob into a female acquaintance’s head because she refused to go out for food, prosecutors said.

As a result, the key fob broke, allegedly angering Riley because he no longer had a ride home.

Riley and Rice then started scuffling outside, throwing punches at each other, prosecutors said.

Meanwhile, the grandfather of the woman who had been hit came downstairs and drove her home.

Riley then tried to go back into Rice’s home but Rice pushed him back and said he couldn’t come in, prosecutors said. As Rice closed the front gate and began to walk back to the door, two witnesses allegedly said they saw Riley point a gun.

Riley shot Rice three times in the back, prosecutors said.

Shortly after the shooting, Riley called police from a nearby gas station, saying he opened fire in self defense, prosecutors said.

Officers who responded to Riley’s 911 call found him with a gun in his pocket, prosecutors said.

Judge Charles Beach said Riley’s self-defense claims seemed implausible, noting that a second gun hasn’t been recovered and that Riley was shot in the back. The judge, who ordered Riley held without bail, also pointed to the absence of gunfire damage that would have indicated that Rice fired toward the street.

Riley is expected back in court Feb. 16.