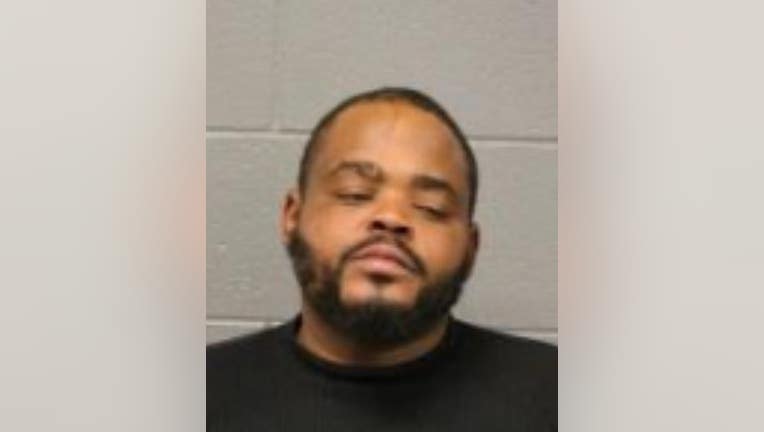 CHICAGO - A 38-year-old Markham man was arrested Sunday in connection with a vehicle crash that injured two Illinois State Police troopers on Interstate 57 in West Pullman on the Far South Side.

Clarence Junius was charged with DIU, driving with a revoked license, drivnig an uninsured vehicle, improper lane usage, failure to reduce speed to avoid a collision and violating Scott’s Law, a law requiring drivers to move over for any emergency vehicle stopped on the road, Illinois State police said.

About 1:40 a.m., two troopers conducting a traffic stop were parked on the right shoulder of the I-57 southbound lanes, when a 2015 Chrysler veered onto the shoulder and struck the rear most squad car, state police said. The impact of the collision caused a chain reaction crash involving both squad cars and the Chevrolet SUV that was stopped.

Two additional male passengers of the SUV, 24 and 22, were uninjured, state police said. Junius, the sole occupant of the Chrysler, was also uninjured.