The newest round of vaccinations, following health care workers and nursing home residents, covers about 3.2 million people including grocery store workers, teachers and public transit employees. Health officials unveiled a new state website for online signups but cautioned that Illinoisans will face wait times due to limited supplies. The next phase is expected to last about two months.

In response, Lightfoot announced that Chicago would focus outreach on 15 communities with large Black and Latino populations that have been particularly vulnerable, including by working with community groups.

"We cannot build a more equitable and inclusive city if huge swaths of our residents are left behind," she said after receiving her first vaccine dose at a South Side hospital alongside other Black leaders who said it is important to demonstrate that the vaccinations are safe. 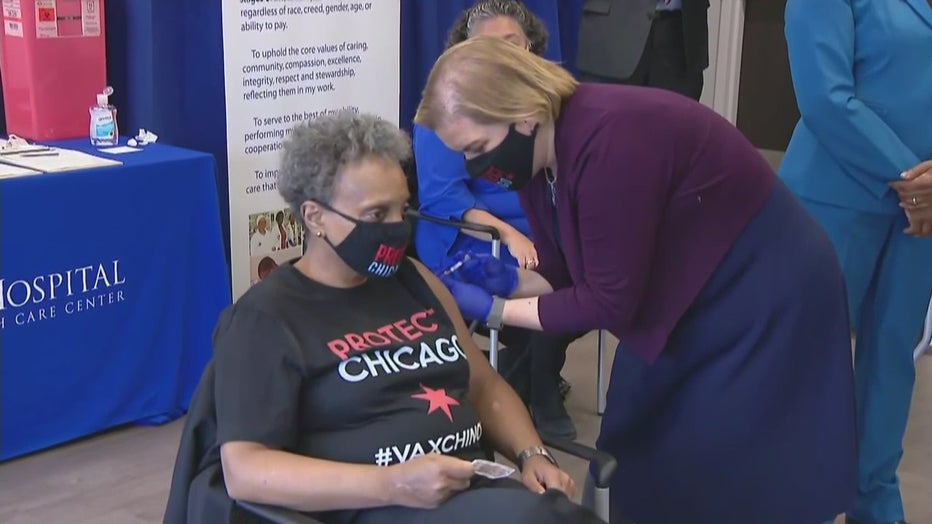 Illinois has received more than 1.6 million doses. Nearly 700,000 have been administered. In Chicago, health officials said one in 25 residents has received a vaccine, but among Latinos the rate was one in 45 and among Black Chicagoans it was one in 53.

State health officials also confirmed eight more cases Monday of a more contagious variant of COVID-19 that first emerged in the United Kingdom. Illinois has reported nine cases of the B.1.1.7 variant, all in Cook County, among people ranging in age from 12 to 63 years old, according to the Illinois Department of Public Health.