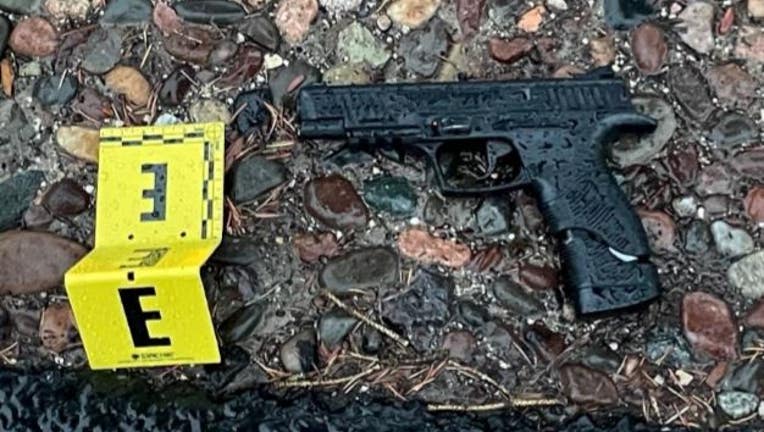 CHICAGO - Charges have been filed against a juvenile who allegedly pointed a replica gun at a Round Lake Beach police officer last week leading to an officer-involved shooting.

According to police, officers were dispatched to the 1300 block of Ridgeway Avenue at 5:57 p.m. Wednesday for a report of a person with a gun. The witness who called police told dispatchers the juvenile had a gun in his hand and had pointed it at him.

When officers arrived, police confronted the juvenile who then turned and pointed the firearm at them. One officer drew his gun and fired at the juvenile, but did not hit him. The juvenile was taken into custody, police said.

While investigating, police determined the gun the minor had was a replica firearm that looked "exactly like a handgun," police said. Police released a photo of the gun Monday.

The juvenile was transported by the Greater Round Lake Fire Protection District to Advocate Condell Medical Center in Libertyville for observation and was released into his parents' custody later that night.

Round Lake Beach Police filed a juvenile referral for two counts of aggravated assault with a firearm, aggravated battery to a police officer and disorderly conduct.

The officer who shot at the minor was transported to Northwestern Emergency Medical Center in Grayslake for observation and has since been released.