Less than a week after a pair of endangered piping plovers returned to Chicago from their winter break down south, park district officials have closed off access to the Montrose Beach Dunes Natural Area.

CHICAGO - Less than a week after a pair of endangered piping plovers returned to Chicago from their winter break down south, park district officials have closed off access to the Montrose Beach Dunes Natural Area.

The threat of enthusiastic onlookers getting too close to Monty and Rose forced the Chicago Park District to close off all access points to their territory in the Dunes, the agency confirmed on Friday.

The Park District says the closure will give the duo a better opportunity to successfully locate a nesting place.

"We anticipate reopening sections of the Dunes once the plovers choose a final nesting site," said Park District spokesperson Irene Tostado. "Until that time, the entirety of Montrose Beach Dunes Natural Areas will remain closed."

Monty and Rose reunited last week in the Dunes Natural Area to a crowd of bird enthusiasts armed with cameras.

Rose showed up last Sunday and conservationists were on pins and needles to see if Monty would join her for the third straight year. Then, shortly after 5 p.m. on Monday, Monty returned and the pair were back together again.

Prior to removing all access to the Dunes, the Chicago Park District along with the U.S. Fish and Wildlife Service had protected an additional 3.1 acres at the south end of Montrose beach to accommodate Monty, Rose and other protected bird species.

"Once they successfully breed and the eggs are laid, we protect those eggs," said Matt Freer with the Chicago Park District.

It's part of an effort that's leading to a promising rebound in the number of piping plovers in the Great Lakes region. 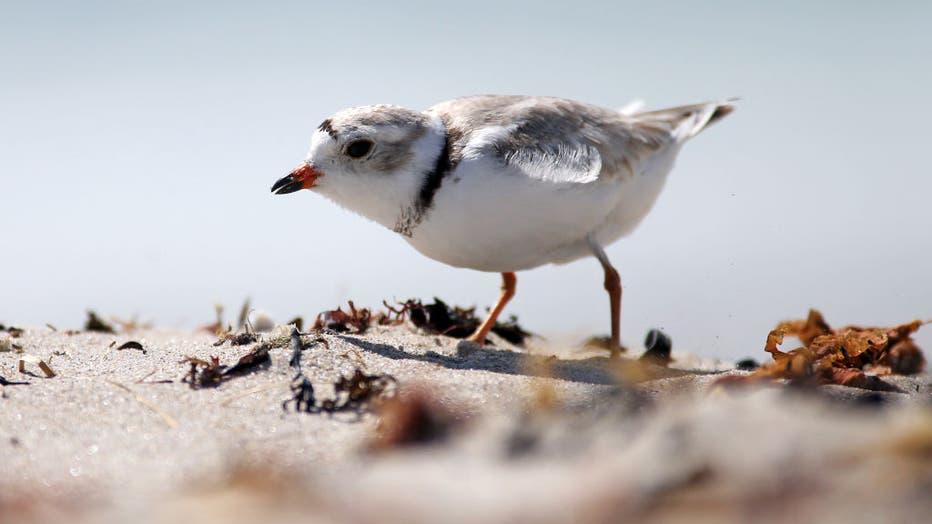 Volunteers and bird lovers have asked the public to respect the boundaries of the space.

"They've got it set up like this for a reason so just kind of respect the space," said Sean Kennedy, a bird photographer who was among the first to capture images of Rose on Sunday morning.

The federally endangered plovers first showed up on Chicago's lakefront in 2019. Five chicks have been born on Montrose Beach.