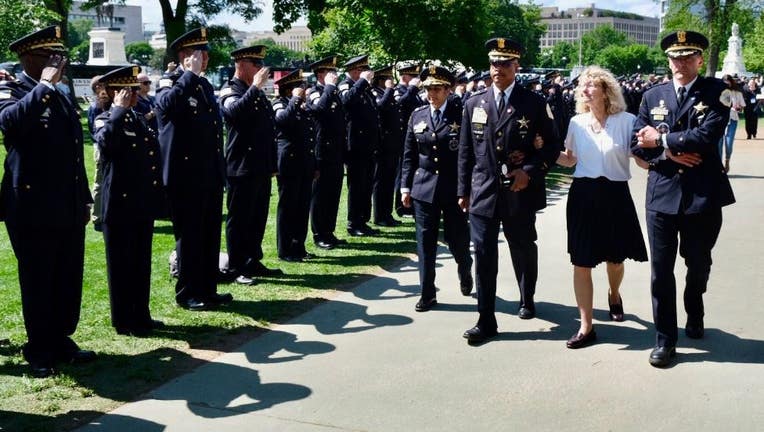 CHICAGO - The mother of fallen Chicago police officer Ella French was in Washington, D.C. over the weekend as French's name was added to the National Law Enforcement Memorial.

French, 29, was killed in a traffic stop in August 2021. Her partner was seriously wounded.

President Joe Biden and First Lady Dr. Jill Biden also attended the ceremony. During his speech, Biden said the answer to America's declining public safety is not to defund the police.

"We should focus on and fund the things we know that work, like crime prevention and community policing," Biden said. "Not one cop in a car, but two walking the street. Cops who walk the beat – who know the neighborhood – who can restore trust and safety."