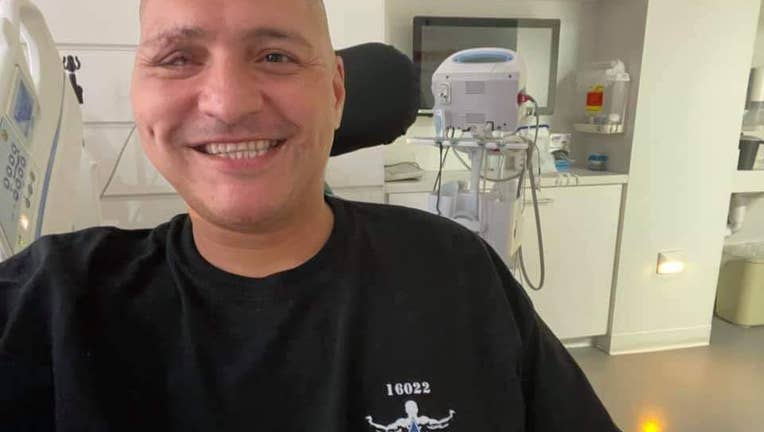 CHICAGO - Chicago Police Officer Carlos Yanez's family shared an update on his condition on Saturday, saying that he misses his son while in rehab.

Yanez lost an eye and was partially paralyzed in the shooting which took Officer Ella French's life.

Today Junior wanted me to send out a special thank you to his brother in blue Alfredo Ortiz from 010 district freshening up his hair and spirit. Looking extra handsome with his new dimple. One of the hardest parts of rehab is the separation from his son. Brenda keeps them connected through FaceTime and videos but it’s not that same as snuggles and sleeping together.

Also on Saturday, Officer French was honored by police and firefighters in New York City at Ground Zero. They raised a flag over a police station near the former World Trade Center site, and a Chicago Police Department chaplain will be bringing the flag to French's mother.

On Wednesday, Yanez released a video to honor his seventh anniversary with the Chicago Police Department.