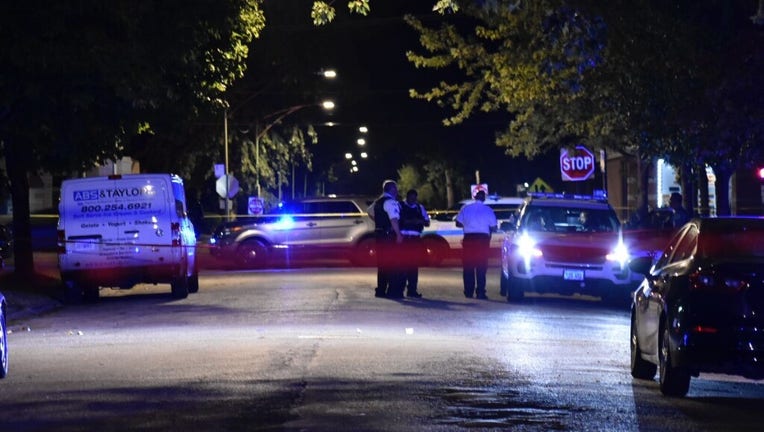 CHICAGO - Two people were killed and 16 others wounded in shootings across Chicago this weekend.

In the latest deadly attack, a 16-year-old boy was fatally shot Sunday in Little Village on the Southwest Side.

The boy was shot in the chest about 5:10 p.m. in the 3300 block of West 30th Street, Chicago police said. He was brought to Mt. Sinai Hospital, where he was pronounced dead.

Early Saturday, a man was found shot to death in Gresham on the South Side.

Officers found him lying face up next to his vehicle about 1 a.m. in the 2000 block of West 79th Street, Chicago police said. The man, between 30 to 40 years old, had been shot in the back of the head and was taken to Christ Medical Center in Oak Lawn, where he was pronounced dead.

In nonfatal shootings, three people were injured in an attack Sunday in South Shore on the South Side.

The shooting happened about noon, when someone pulled out a gun and opened fire at a 24-year-old woman after an argument in the 7800 block of South Muskegon Avenue, police said. The woman was struck multiple times and taken to the University of Chicago Medical Center. Two men, 60 and 53 years old, who were standing in front of a nearby home where also shot and taken to the same hospital.

On Saturday, a 14-year-old boy was shot in Roseland on the Far South Side.

He was outside about 11:30 a.m. in the 11200 block of South King Drive when someone opened fire, police said. The teen was struck in the hand and groin and taken to Comer Children’s Hospital.

About half an hour earlier, a man was shot in Fernwood on the South Side.

He was driving about 11 a.m. in the 10100 block of South Perry Avenue when he got into an argument with someone in a gray four-door sedan, police said. A male got out of the sedan and opened fire, striking the 24-year-old in the back. He was taken to Christ Medical Center in Oak Lawn.

Earlier Saturday, a 45-year-old man was wounded in Lawndale on the South Side.

About 5 a.m., he was in the 4100 block of West 13th Street when someone walked up and fired shots, striking him in the knee, police said. He was taken to Mount Sinai Hospital.

Hours earlier, a 19-year-old man was shot in Marquette Park on the Southwest Side.

He was walking north about 12:10 a.m. in the 7200 block of South Kedzie Avenue when a black Mercedes Benz SUV pulled alongside him and began shouting at him, police said. Someone inside then fired multiple shots at the 19-year-old. He was struck on the thumb and was taken to Holy Cross Hospital.

At least nine other people were wounded in shootings between 5 p.m. Friday and 5 a.m. Monday.

Last weekend, four people were killed and 22 wounded in shootings across Chicago between 5 p.m. Friday and 5 a.m. Monday.