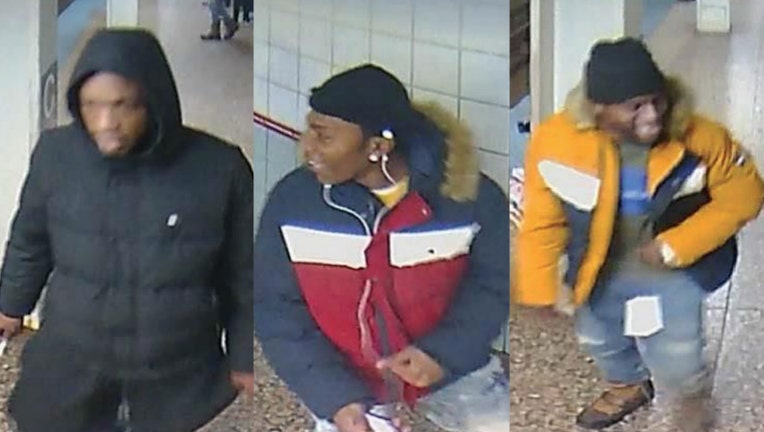 Surveillance images of men suspected of attacking someone Nov. 29, 2019, at the Jackson Red Line station in the Loop | Chicago Police Department

CHICAGO - Police are looking to identify three men suspected of robbing and beating a man last week on a CTA platform in the Loop.

The trio approached the 37-year-old about 10:50 p.m. Nov. 29 at the Jackson station and attacked him, according to Chicago police. They ran off with the man’s suitcase and leather bag.