CHICAGO - The American Heart Association is warning Chicago and suburban residents of the increased danger of having a heart attack while shoveling snow.

Studies show that heart attack risk increases for those who are middle-aged or older, people who lead a sedentary lifestyle and people who have been diagnosed with a heart condition.

The American Heart Association is encouraging these individuals to take extra precautions during the latest winter storm to hit Chicago.

One of the reasons heart attacks can occur during snow shoveling is the combination of colder temperatures and physical exertion. 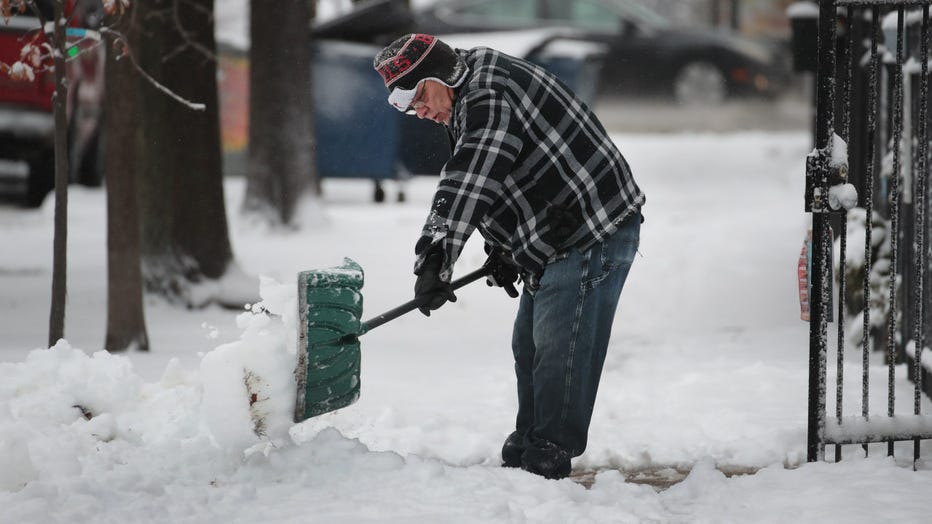 Many subjects can exceed their upper heart rate limit for aerobic exercise training within two minutes.

Chicagoans cope with second snow storm in a week

What do Chicagoans do when it snows? Well, they pretty much do what they'd be doing without snow. Nate Rodgers talks with delivery workers and people out helping others during the storm.

One study estimated that as many as 1,200 people nationwide die annually of coronary artery disease during and after major snowstorms.

The American Heart Association released some tips when it comes to safer snow shoveling as well as some heart attack warning signs.