Jason Nightengale, the man who killed three people in Chicago before being stopped by police in Evanston on Saturday, posted strange videos on social media before he started shooting.

CHICAGO - Jason Nightengale -- the man who rampaged across Chicago's South Side on Saturday, killing three people and wounding four others -- posted bizarre videos on social media in the days and hours leading up to the rampage, the Associated Press reported Sunday.

Nightengale was stopped in Evanston by police who shot him dead after he shot and wounded a woman at an IHOP.

In one video on Facebook posted under his middle name, Oliver, just two days before the shooting rampage, he held a gun to the camera and muttered, "no music, no music, I don't need no seatbelt, I'm coming, girl," the Associated Press reported. 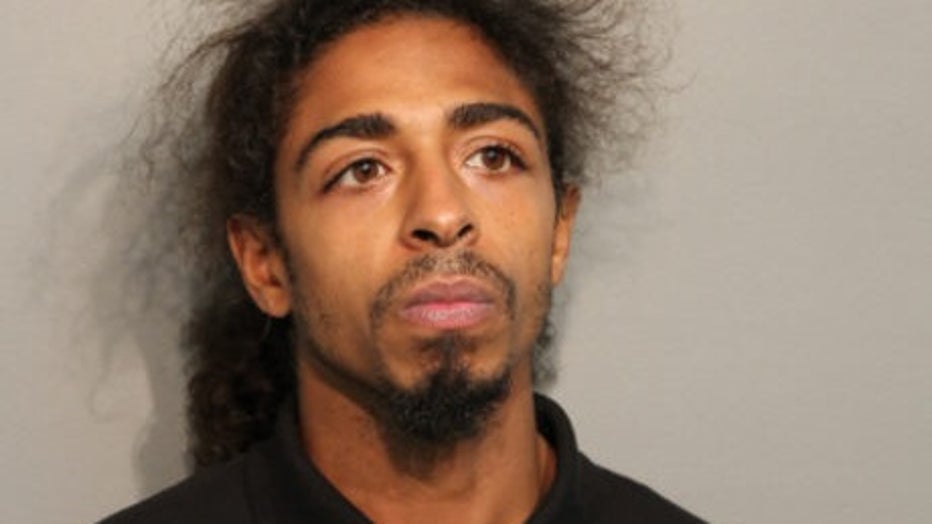 In the hours before the attacks started, he posted dozens of other videos, including one in which he said, "I'm going to blow up the whole community."

The Associated Press also reported that Nightengale said on LinkedIn that he had worked as a janitor, security guard and forklift operator. He had been arrested at least six times, on gun, domestic violence and drug charges.

On Sunday, relatives of the victims asked why Nightengale's rampage was not stopped sooner.

"All of those hours, we were under a terror watch and didn’t event know it," said Shapearl Wells, cousin of Anthony Faulkner. Nightengale killed Faulkner in a convenience store. ""If Mayor Lightfoot can send an alert for curfew, corona, surely, she can warn people of a lunatic on the loose."

But on Saturday night, as Chicago and Evanston police stood at Nightengale's final crime scene at an IHOP, Chicago Police Superintedent David Brown had to explain Nightengale's route twice to reporters. He said it's easy to follow the trail once you know where it's going, but police didn't have all the answers until late in the day.

Police said that Nightengale's first murder was in Hyde Park on Saturday afternoon. He shot Yiran Fan, 30, in the head in the Regents Park apartment complex garage located at 5300 South East End Avenue. Fan was from China, and was a PhD student in the Joint Program in Financial Economics at the University of Chicago.

The second murder was in Kenwood Saturday afternoon just a block from the parking garage. Randomly, police said, Nightengale walked into the entryway of an apartment building on South East End Avenue, asked to use a phone, then opened fire. A security guard named Aisha Nevell, 46, was killed. A 77-year-old woman who was getting her mail was shot in the head. She is in critical condition.

Chicago Police Superintendent David Brown said that from there, Nightengale went to the 19th floor of an apartment building on South East End Avenue, threatened a person and stole that person's Toyota.

Then, Brown said, Nightengale went to a convenience store on South Halsted to rob it. He randomly shot and killed Anthony Faulkner, 20, and wounded an 81-year-old victim. She is in critical condition.

Afterwards, Brown said, Nightengale shot and wounded a 15-year-old girl who was riding in the back of a car on South Halsted on the South Side. She was hospitalized in critical condition with a gunshot wound to the head.

Then, Brown said, Nightengale went back to the convenience store and opened fire at officers, hitting no one.

On Saturday evening, Evanston police got a call about a man with a gun at the CVS on Asbury. Officers said Nightengale ran across the street, took a woman hostage inside an IHOP, and shot her. Her condition is not known.

Police chased Nightengale on Howard Street and engaged in a shootout in the parking lot of a Dollar General. Nightengale, 32, was killed.

Shooting rampage in Chicago and Evanston ends with suspect dead

A man named Jason Nightengale randomly killed three people in Chicago, wounded several others, shot a woman at an IHOP in Evanston, and got into a shootout with police before he was shot and killed Saturday night, police said.