"We will defend American jobs. We have to look at it almost like a war," Trump thundered in North Carolina, vowing to keep companies from moving overseas during the second stop of his "thank you" tour to salute his supporters. "We want the next generation of innovation and production to happen right here in America."

Trump was far less bombastic than during the tour's kickoff in Ohio last week, striking more of the healing notes traditionally delivered by a president-to-be in the weeks after a bruising election. He will travel to Ohio State University on Thursday to meet with some of the victims of the recent car-and-knife attack that left 11 people injured, according to a person familiar with the plans but not authorized to discuss them before they are announced.

"We will heal our divisions and unify our country. When Americans are unified there is nothing we cannot do — nothing!" Trump told the crowd in Fayetteville. "I'm asking you to dream big again as Americans. I'm asking you to believe in yourselves."

The Republican businessman largely stuck to the script Tuesday — and, in a change, even stopped the crowd when it started to boo the media — and avoided some of the score-settling and scorched-earth rhetoric that defined his campaign and was present again last week in Cincinnati. He also repeated his vow to fortify the nation's military and brought Marine Gen. James Mattis on stage, officially naming his choice to be Defense Secretary after teasing it last week.

Earlier in the day, Trump plainly telegraphed that when he takes office in six weeks he'll take an interventionist role in the nation's economy — as well as play showman when he sees a chance. The celebrity businessman's declaration about Air Force One caused manufacturer Boeing's stock to drop temporarily and raised fresh questions about how his administration — not to mention his Twitter volleys — could affect the economy.

"The plane is totally out of control," Trump told reporters in the lobby of Trump Tower. "I think Boeing is doing a little bit of a number. We want Boeing to make a lot of money, but not that much money." Earlier he had tweeted that the deal's costs were "out of control, more than $4 billion. Cancel order!"

Not long after his first appearance, Trump returned to the lobby with Masayoshi Son, the CEO of SoftBank, a massive telecommunications company that counts Sprint among its holdings. Trump pointed proudly to Son's commitment to invest $50 billion in the United States, which Trump said could create 50,000 jobs.

Trump — who also tweeted the deal — shook Son's hand and posed for photos, reveling as he had last week when he toured a Carrier plant in Indiana where he said he had instigated an agreement that will preserve about 1,000 jobs the appliance maker had planned to move to Mexico. Details of the deal were scarce and it was unclear if the money was part of a fund of up to $100 billion in global technology investments that SoftBank and the government of Saudi Arabia announced in October.

As for Air Force One, the government has agreed that Boeing will build two new planes, which would go into service around 2024. That means Trump might never fly on the aircraft, which carry U.S. presidents around the globe.

The Air Force has pressed for a faster schedule, saying the aging current Boeing 747s are becoming too expensive to repair and keep in good flying shape. The overall deal for researching, developing and building new planes was to be about $3 billion, but costs have been reported to be rising.

The General Accountability Office estimated in March that about $2 billion of the total — for work between 2010 and 2020 — was for research and development on complex systems, not for building the actual aircraft. The inflated $4 billion figure Trump cited appears to include operation and maintenance as well.

Boeing responded to Trump Tuesday in a statement: "We are currently under contract for $170 million to help determine the capabilities of these complex military aircraft that serve the unique requirements of the president of the United States. We look forward to working with the U.S. Air Force on subsequent phases of the program allowing us to deliver the best planes for the president at the best value for the American taxpayer."

The $170 million figure is just for a portion of the research and development efforts.

Trump began his onslaught against Boeing at 8:52 a.m., tweeting "Boeing is building a brand new 747 Air Force One for future presidents, but costs are out of control, more than $4 billion. Cancel order!"

That tweet came 22 minutes after The Chicago Tribune posted a story in which the Boeing CEO voiced concerns about Trump's views on trade.

The president-elect then descended to the lobby of the Manhattan skyscraper that bears his name to reiterate his case.

Trump had tweeted in 2013 that he owned Boeing stock, but a spokesman said Tuesday he sold all of his stock holdings in June. That sale was not publicized by the campaign at the time, and aides did not reveal how much cash it might have generated.

If Trump had held onto his stock portfolio, he would have been required to repeatedly file reports with the U.S. Office of Government Ethics. A 2012 update of the Ethics in Government Act obliges presidents and other senior government officials to report such transactions.

Trump now uses his own plane, a Boeing 757, which he has outfitted with white leather and gold, a large flat-screen television and a bedroom. But as president it is expected that he would travel aboard the Air Force jet, which is equipped with special safety, defensive and communications equipment. Air Force One also has seating for reporters; Trump generally does not allow the press on his own plane.

Later this week, Trump will use that plane to travel to rallies in Iowa and Michigan, And on Saturday, Trump will attend the 117th annual Army-Navy football game. The game between the two military academies often draws the commander in chief; both Barack Obama and George W. Bush have attended in recent years. 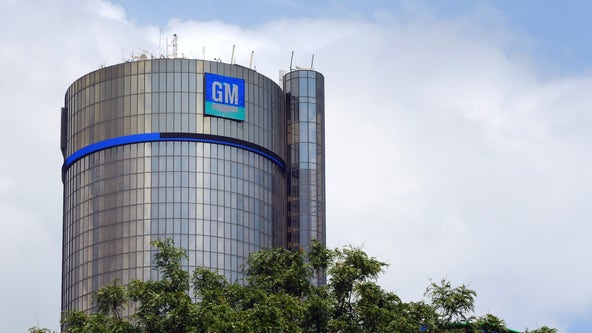