Senate leaders have announced an agreement to extend the government’s borrowing authority into December, temporarily averting an unprecedented default that experts say would have decimated the economy.

WASHINGTON - Year-end pileups of crucial legislation and the brinkmanship that goes with them are normal behavior for Congress. This autumn, lawmakers are barreling toward battles that are striking for the risks they pose to both parties and their leaders.

Though few doubt that Congress will again extend the government's borrowing authority when it expires in December, no one seems certain of how they'll do it. Democrats don't have the votes yet to enact President Joe Biden's top priorities into law. And Republicans are nervous that Democrats may weaken the filibuster rule that lets the Senate's minority party derail the legislation.

Miscalculate and there could be a calamitous federal default, a collapse of Biden’s domestic agenda and, for good measure, a damaging government shutdown. Stir in lawmakers whose nerves are already frayed and are looking to tee up issues for next year's midterm elections, and it's a recipe for confrontations that could damage each party if leaders aren't careful. 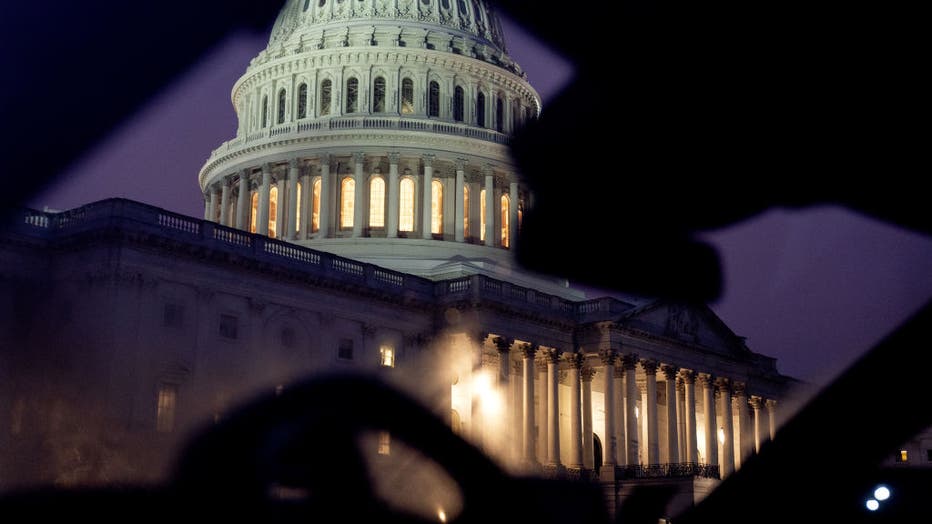 Here are gambles each side faces:

McConnell said since summer that Republicans wouldn't supply the votes majority Democrats needed to extend the federal debt limit. But Thursday night, 11 Republicans including McConnell joined Democrats in narrowly overcoming a procedural hurdle so the Senate could subsequently approve $480 billion in fresh borrowing.

The vote staved off until December a first-ever federal default that could disrupt the global economy, delay government checks to Social Security recipients and others and unleash voters’ wrath on lawmakers.

But the partisan dispute will resume in two months.

Republicans want Democrats to raise the debt ceiling on their own to underscore their argument that Biden’s multitrillion-dollar social and environment agenda is unaffordable. Democrats want Republicans to put their imprint on the borrowing limit increase, arguing that the $28 trillion national debt is for unpaid bills already incurred, including $7 trillion under former President Donald Trump.

By enabling a two-month reprieve on the fight, McConnell angered Republicans who wanted a tougher stance against Democrats including Trump, still an intimidating force in the GOP. Even usual McConnell ally Sen. Lindsey Graham, R-S.C., called it "complete capitulation."

Demonstrating the political sensitivities in play, eight of the 11 Republicans who Thursday helped Democrats approve the debt limit increase are either retiring or not seeking reelection until 2024 or later.

Come December, something has to give. But it’s unclear how that will happen, and the stakes will be high for leaders to ensure a partisan stare down doesn't tumble out of control.

Oh — by Dec. 3, federal agencies will shut down unless Congress approves legislation financing them.

Democratic progressives and centrists are fighting over the final size and contents of Biden's proposed 10-year, $3.5 trillion package of social safety net, climate change and tax initiatives. The longer their battles rage, the more the party risks letting the struggles themselves define the effort, distracting from the widely popular programs they hope to include.

Due to Senate moderates like Joe Manchin of West Virginia and Kyrsten Sinema of Arizona, Biden has conceded that the final price tag will likely be much smaller, around $2 trillion. Money for priorities like the environment, health care and education will have to shrink accordingly.

Facing unanimous Republican opposition and paper-thin congressional majorities, Democrats will need near unanimity to succeed. The political consequences for Democrats would be jolting if Biden's highest priority bill, along with an accompanying $1 trillion infrastructure package, crumble with his party holding the White House and Congress.

"I hope to God that is not the case," Senate Budget Committee Chairman Bernie Sanders, I-Vt., said Friday. He predicted both bills would pass but conceded "a horrible possibility" of failure.

Democrats have become increasingly open to the idea of weakening filibusters, Senate procedures that have let Republicans wreak legislative havoc by requiring 60 votes in the 50-50 chamber to pass most bills. Manchin and Sinema have said they oppose that change, stymying that option.

GOP leaders worry that if a debt limit standoff moves to the brink of a default, Schumer might be able to persuade Manchin and Sinema to support erasing filibusters for debt limit increases. And that might lead to later, additional exceptions for voting rights or other Democratic priorities.

Those fears are Republicans’ "most obvious challenge" in calculating how stubborn to be in the debt limit standoff, said Sen. Kevin Cramer, R-N.D.

Congress is an angry place these days. Four years of Trump's bellicose presidency, the deadly Jan. 6 attack on the Capitol by his supporters and the high stakes for Democrats pushing Biden's programs have taken a toll.

Manchin said Wednesday that he didn’t want Democrats' huge domestic programs bill, of which Sanders is a leading author, to make the U.S. "an entitlement society."

Sanders criticized Manchin's desire to curb climate change and health care provisions in the bill. "Does Senator Manchin not believe that our children and grandchildren are entitled to live in a country and a world that is healthy and is habitable?" Sanders asked.

The two represent opposite ends of Democrats' political spectrum. Still, it was a highly unusual public airing of internal differences, and at a crucial moment.

"There’s a lot of stress being felt, there’s a lot of things at stake here in terms of causes that many of us fought for, for a lifetime," said No. 2 Senate Democratic leader Richard Durbin of Illinois. He added, "So the sooner we get this done, the better."