Game day energy goes off the charts in Tampa

Winning the NFC Championship means Bucs fans are ready for the home team to play in the Super Bowl in their home town.

GREEN BAY, Wisc. - Tom Brady and the Tampa Bay Buccaneers outdueled Aaron Rodgers and the Green Bay Packers on Sunday, earning a spot in the Super Bowl and a place in NFL history.

With Raymond James Stadium hosting Super Bowl LV in two weeks, the Bucs will become the first team ever to play a Super Bowl in their home stadium.

"We're coming home," said Bucs coach Bruce Arians, who began his coaching career in 1975 at Texas Tech and will make his first trip to the Super Bowl as a head coach. "We're coming home to win." 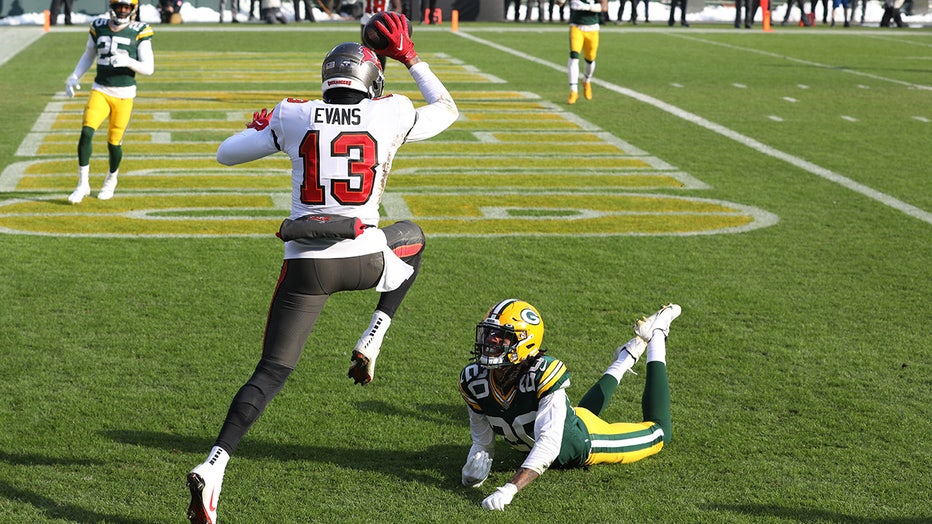 Mike Evans completes a reception for a touchdown in the first quarter against the Green Bay Packers during the NFC Championship game at Lambeau Field on January 24, 2021 in Green Bay, Wisconsin. (Photo by Dylan Buell/Getty Images)

The defending champs will try to ruin that plan, though. The Kansas City Chiefs knocked off the Buffalo Bills this evening to return to the Super Bowl.

RELATED: Where you can buy Bucs NFC Championship gear

For much of the afternoon in Green Bay, it looked like the Bucs would have the same easy day that they had against the Packers in October. The Bucs took a 28-10 lead early in the third quarter, but Rodgers rallied the Packers back to within five, aided by two later interceptions from Brady. 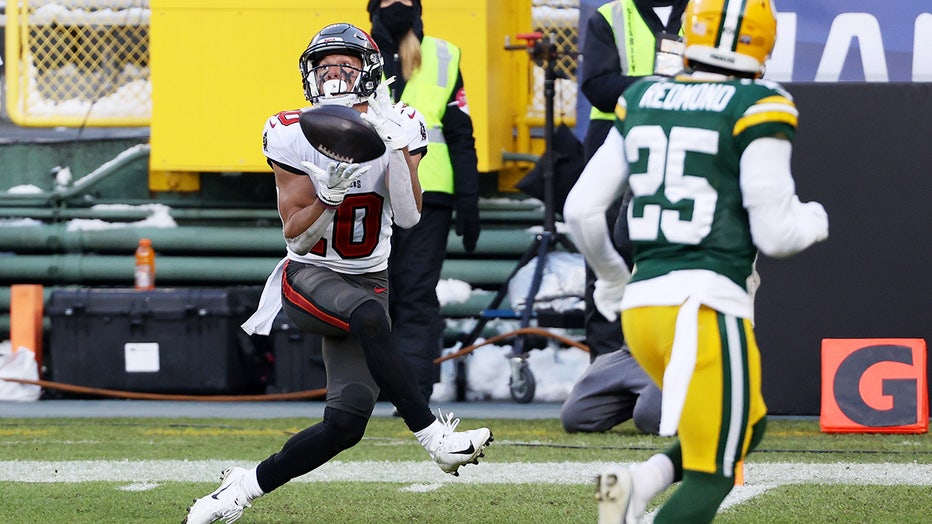 Scott Miller completes a touchdown reception in the second quarter against the Green Bay Packers during the NFC Championship game at Lambeau Field on January 24, 2021 in Green Bay, Wisconsin. (Photo by Dylan Buell/Getty Images)

But as they have much of the season, the Buccaneers' defense came up big when it mattered, producing some big third-down stops.

A Ryan Succop field goal with less than five minutes to play extended the lead to 31-23.

The Packers responded with a field goal of their own after the Bucs kept them out of the end zone moments before the two-minute warning, and a late pass interference call kept the Bucs' game-winning drive alive as the clock ticked down. 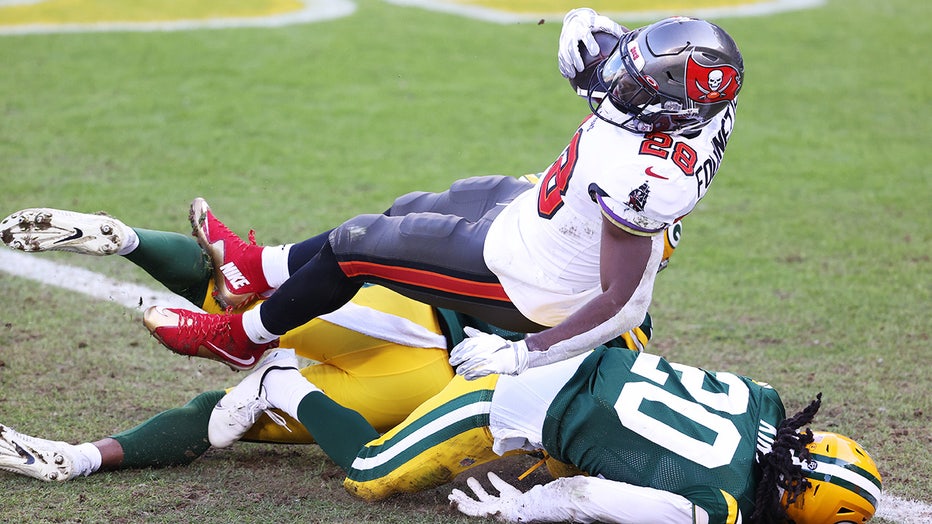 Leonard Fournette scores a touchdown in the second quarter against the Green Bay Packers during the NFC Championship game at Lambeau Field on January 24, 2021 in Green Bay, Wisconsin. (Photo by Dylan Buell/Getty Images)

They were aided by a strange decision from Packers coach Matt LaFleur with just over two minutes remaining in a 31-23 game.

After three straight incompletions had the Packers facing fourth-and-goal from the 8, the Packers elected to kick a field goal to get within five.

"Anytime it doesn't work out you always regret it, right?" LaFleur said. "It was just circumstance of having three shots and coming away with no yards. And knowing that you not only need the touchdown but you'd need the 2-point. The way I was looking at it is we essentially had four timeouts with the 2-minute warning, we knew we needed to get a stop."

The 31-26 win sends Tom Brady to his 10th Super Bowl, but his first as a Buccaneer. And for the Bucs, this is the second time the team has played in a Super Bowl; they topped the Raiders 48-21 in Super Bowl XXXVII.

"It's great to get another road win, and now we got a home game," said Brady, who went 20 of 36 for 280 yards with three touchdowns. "Who'd ever thought a home Super Bowl for us? But we did it." 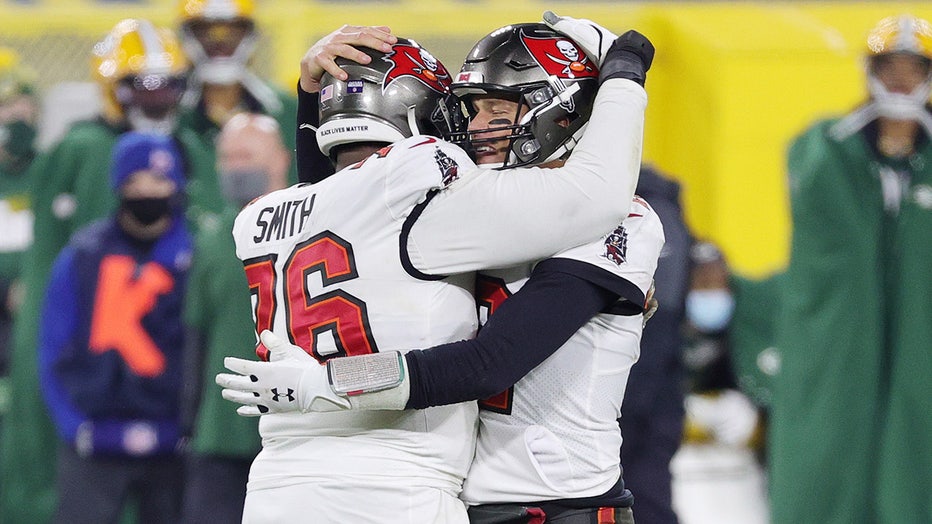 Tom Brady celebrates the 31-26 win over the Green Bay Packers with teammate Donovan Smith during the NFC Championship game at Lambeau Field on January 24, 2021 in Green Bay, Wisconsin. (Photo by Stacy Revere/Getty Images)

"So many teams don't get a chance because they don't get the Super Bowl in ther home stadium. It was obviously a goal of ours to start this season," Arians added. "But getting to the Super Bowl wasn't what our goal is. Our goal is to win it."

Despite the pandemic, Mayor Jane Castor says it's possible to host a safe Super Bowl.