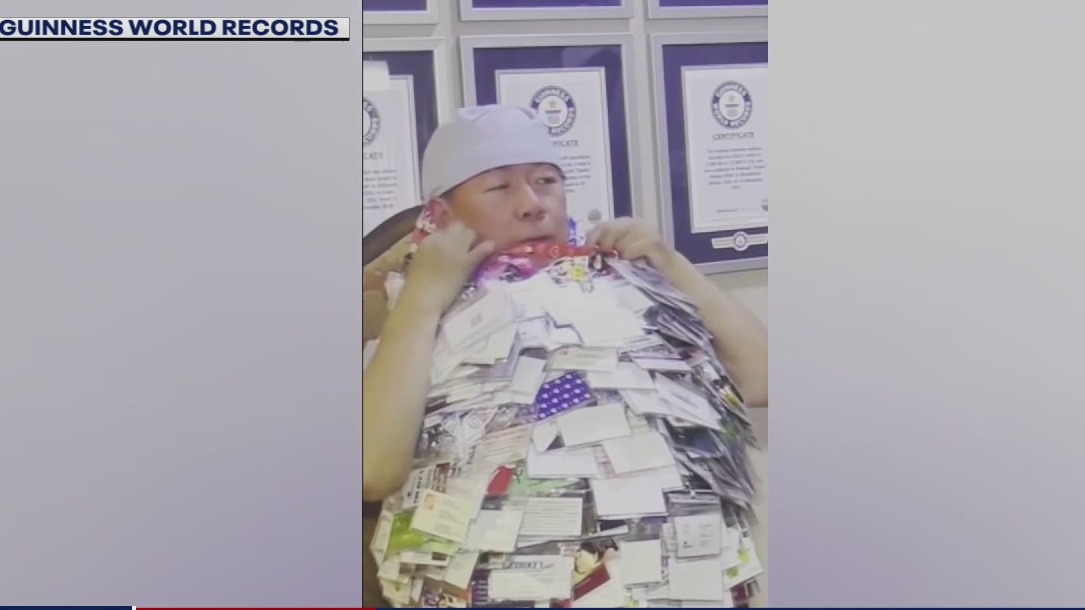 Sonny Molina set a record for wearing the most lanyards on his neck – 509 of them.

A Volo woman is in the hospital with life threatening injuries from a car crash on Route 60.

For years, zoologist Corey Hancock has been bringing the "zoo to you." Now, he's starting a new project and needs your help getting it off the ground.

The McHenry County Health Department said that anyone who ate food at a Crystal Lake Montessori classroom event, or at a school-sponsored event, should fill out a confidential survey. The information is requested whether you felt ill, or felt fine.

“Woodstock Willie” had his moment of fame Wednesday morning.

A Chicago-area nurse was charged Thursday with tampering with the medications of two patients, according to a new federal indictment.

A Woodstock high school student was arrested during an investigation of a social media threat to Woodstock North High School, police said.

With back-to-school in full swing, safety experts and law enforcement are urging parents to be mindful of what they share in regards to a popular social media photo trend with kids – as it could make them easy targets for predators.

"Wow!" said Roger after trying on the glasses, while looking at a rainbow of balloons. "Life will be better. Or at least I'll know what we're talking about when they say, 'Look at that.'"

A Woodstock first responder and veteran is running for firefighters who can't.

Woodstock Mayor Brian Sager is dropping the mic and riding off onto the sunset. Sager is the longest serving mayor and elected official in Woodstock joined Good Day Chicago to talk about his 16-year tenure.

Woodstock is saying farewell to a legend.

The country’s most famous groundhog may have predicted six more weeks of winter out in Pennsylvania on Tuesday morning but the one in the Illinois community where Bill Murray made the rodent a movie star didn’t see it that way.

Stephen Toblowsky, who played Ned Ryerson in the "Groundhog Day" movie, talks about the film and the holiday.

Certain statements made by two former child welfare workers who investigated abuse allegations involving a 5-year-old boy who was later beaten to death cannot be used in their criminal prosecutions, the Illinois Attorney General’s Office said.