CHICAGO - The month of May ended on a warm note. The last three days of the month were collectively about 12 degrees above average.

The hottest streak of the month was over a stretch of days from May 9th through the 14th. Those six days ended up being nearly 19 degrees above average. Two of those days hit a high of 90 degrees or hotter.

May ended up nearly 3 degrees above average overall. It had the biggest departure from average on the warm side for any month so far this year.

Looks like June could be another story, at least the first part of it. The first eleven days of the month should be below average according to the National Blend Of Models forecast. 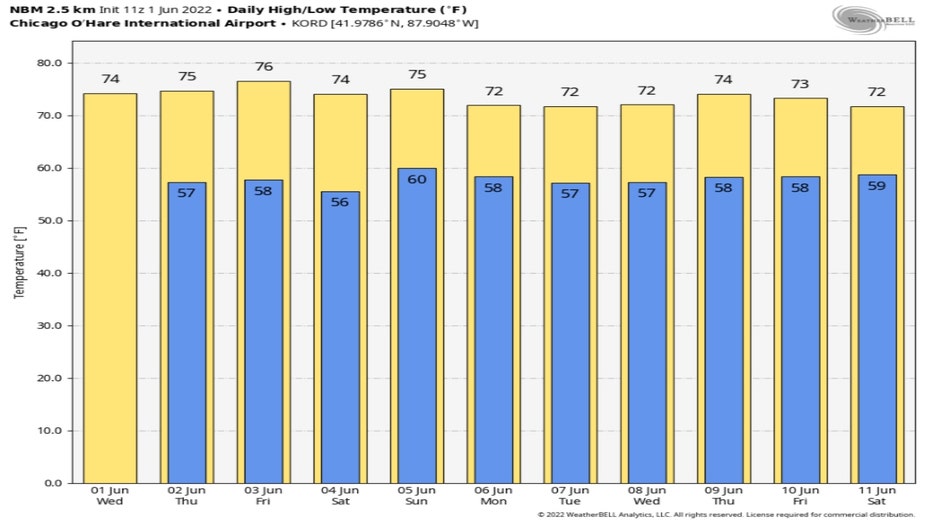 The average high for the first day of the month is 76 degrees and it climbs to around 80 degrees by the middle of the month. The NBM forecast has our highs slipping into the lower to middle 70s through at least June 11th. Several of these days it will be cooler along the lakefront with a wind off of Lake Michigan. Water temperatures in the southern part of the lake are mostly in the middle to upper 50s. 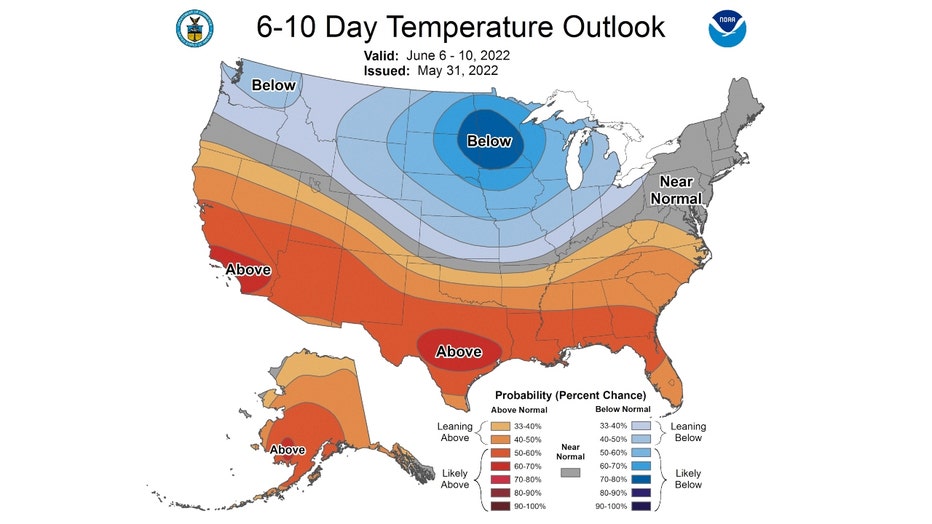 The longer range temperature forecasts from the Climate Prediction Center also hint at a cooler than average start to June. The 6-10 day outlook has most of northern Illinois outlooked to be "likely below" average overall. This covers the period from next Monday through Friday. 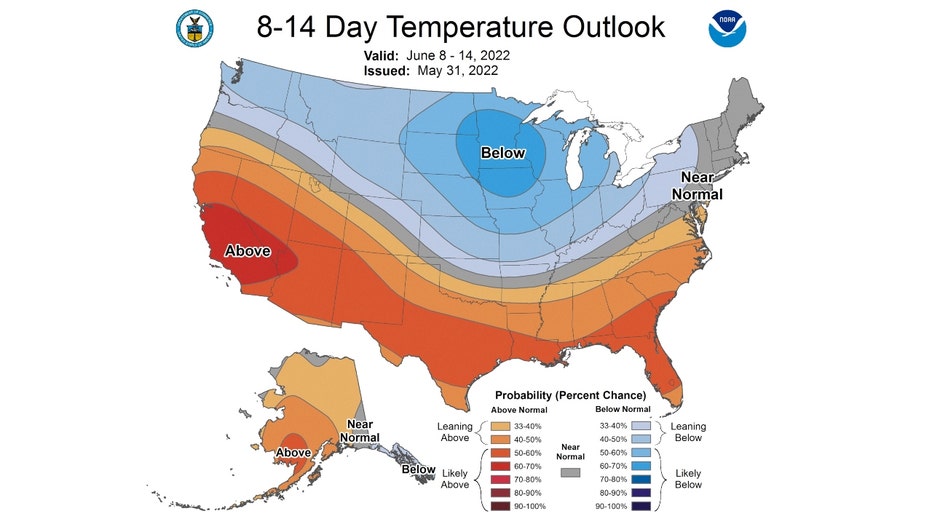 The 8-14 day outlook continues to hint at cooler than average temperatures overall here. It has us outlooked to be "leaning below" average from next Wednesday through the following Tuesday. 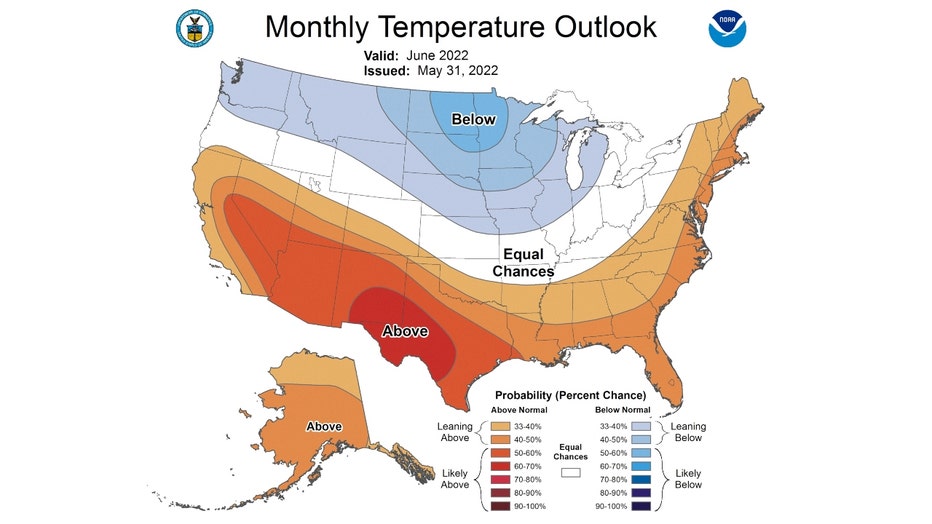 Looking even longer range, the CPC's monthly temperature outlook for June also favors us to be cooler than average overall.