Chicago - September seems to be picking up right where August left off. August ended up .6 degrees above average. It was relatively warm and relatively dry.

O'Hare received just 48% of normal rainfall. The rain gauge at the airport reported 2.05" for the month. According to Climate Central, Chicago's Augusts have warmed 1.3 degrees since 1970. 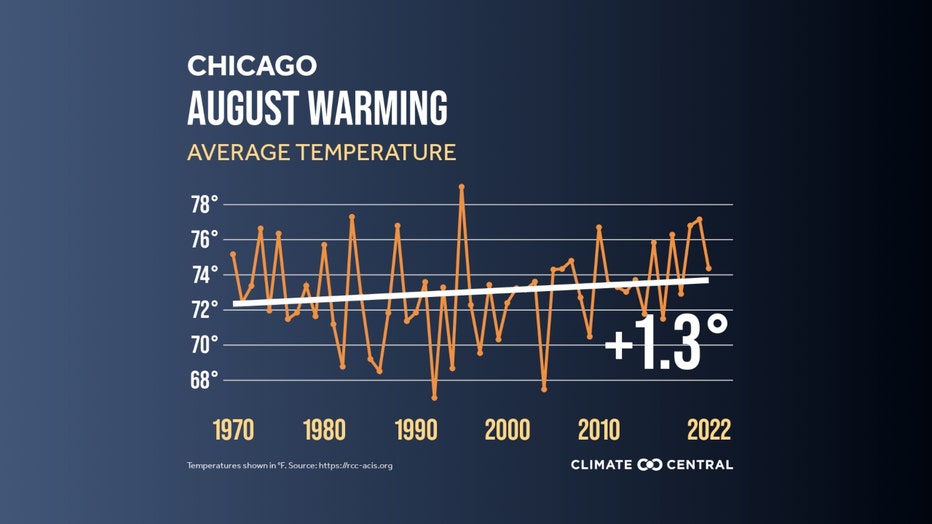 September is off to a relatively warm and dry start. Just a trace of rain has fallen at O'Hare so far this month. Chicago is now running just over three degrees above average. The ten day high temperature forecast has a couple of cooler days but seven of the next ten days should be above average. We have one rare day on Monday where highs might stay in the 60s. The last time that happened was nearly three months ago. 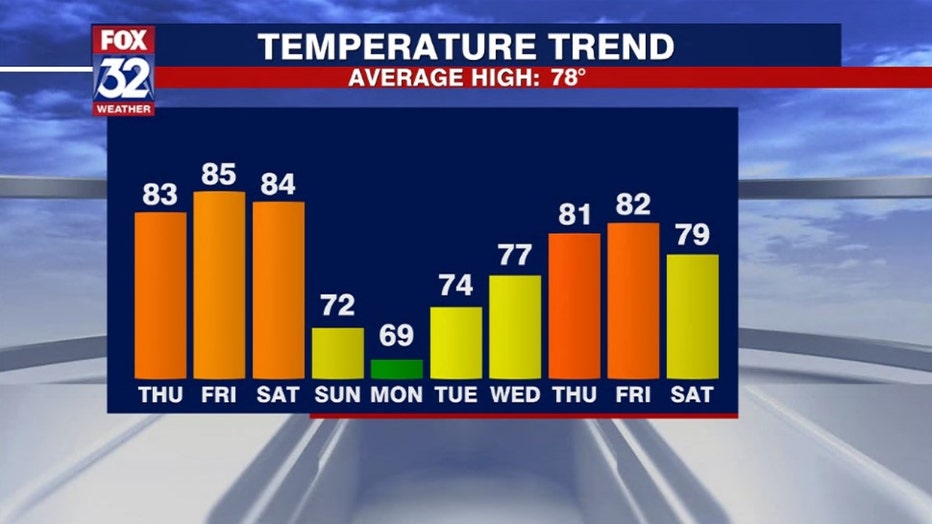 The Climate Prediction Center's 6-10 day and 8-14 day temperature outlooks keeps a relatively warm pattern coming through the third week of September. The 6-10 day forecast has us outlooked to be "leaning above" average. It covers the period from next Tuesday through the following Saturday. 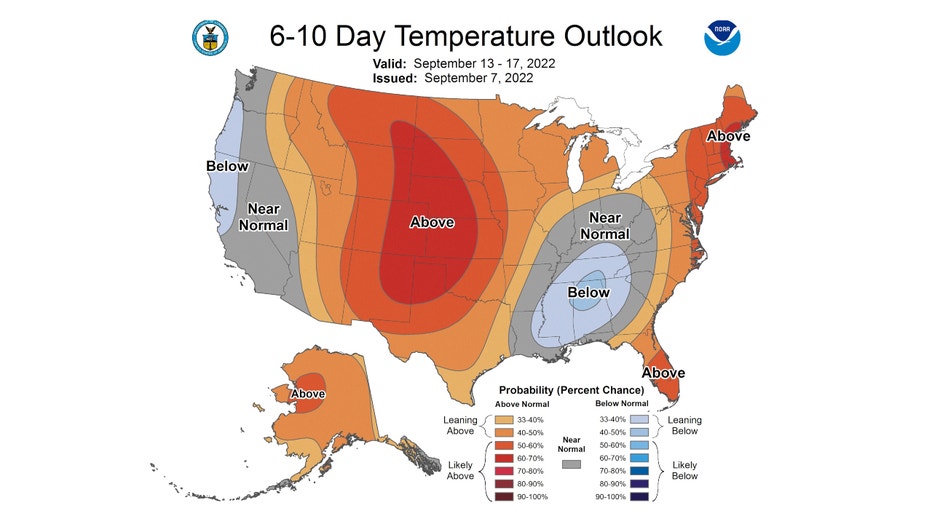 The 8-14 day forecast has us outlooked to be "likely above" average. It covers the period from next Thursday through the following Wednesday. 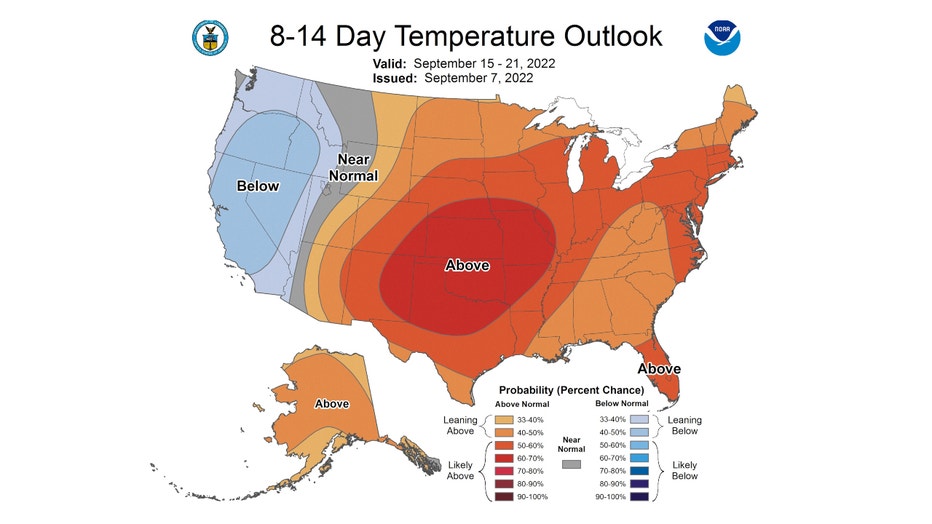 Five of the next 10 days should have highs warmer than 80 degrees.

Our warm start to the season was forecast back in the middle of August. This trend of warm fall temperatures is something I covered in an earlier post. So this "steamy" start to September is nothing for us to be surprised about.