Chicago - Before I focus on fall, I want to summarize our summer.

It was Chicago's 25th warmest summer on record (25th warmest out of 148 summers). So far, meteorological fall is starting off warm. We ended up down nearly three inches of rain below average. So it ended up being a relatively warm and dry summer.

The forecast for fall keeps this pattern coming.

It's just begun, but meteorological fall has started off warm. Thursday's high hit 88 degrees, or eight degrees above average. The forecast through at least the middle of the month favors a warmer than average pattern overall. More on that below. 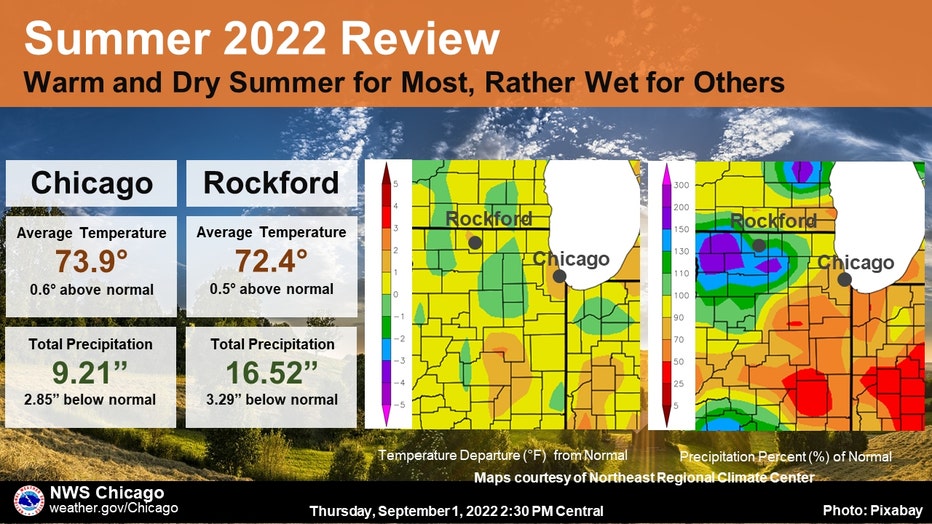 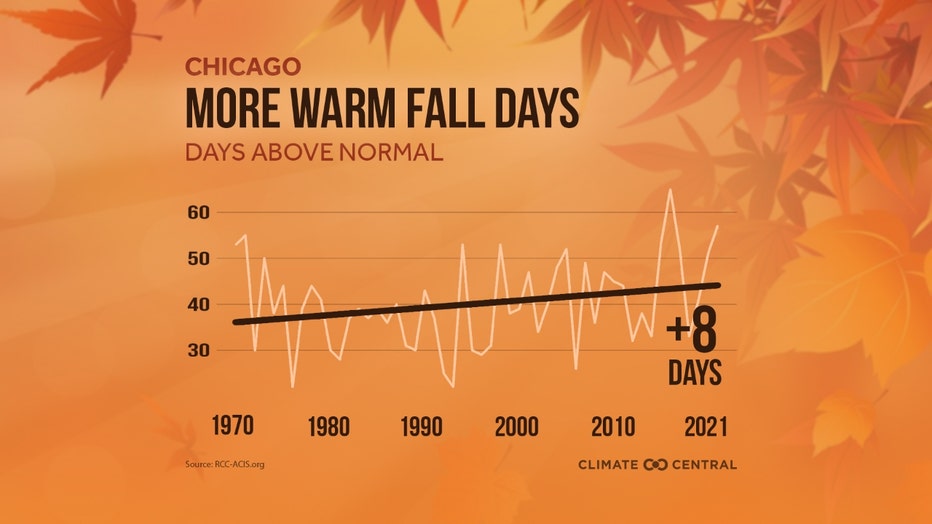 Fall has been warming from coast-to-coast for the past 50-plus years. The average temperature for the season has jumped 2.7 degrees across the contiguous U.S. since 1970. 97% of the U.S. cities analyzed have warmed with 139 of those locations warming by 2 degrees or more. It's a nearly universal warm up with regions like the west, Midwest and Northeast seeing some of the biggest increases in temperatures. 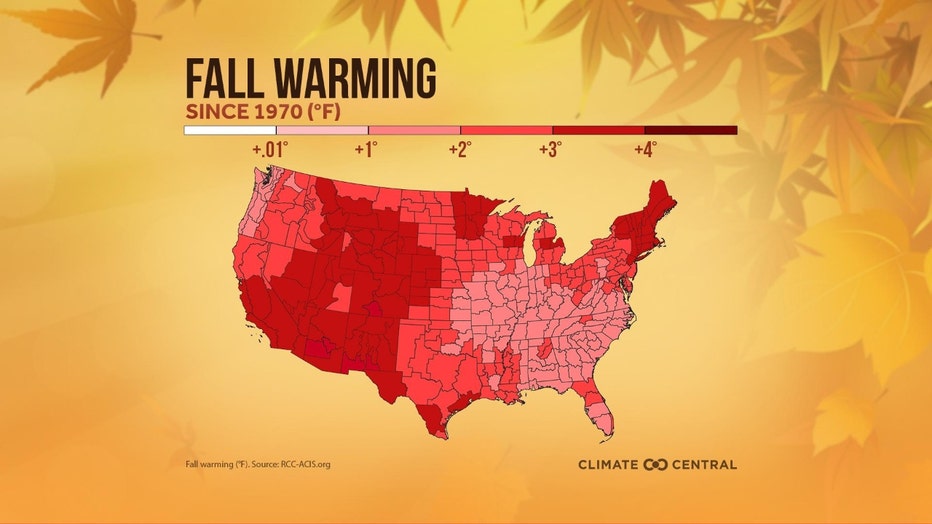 Chicago has seen a bump up too. Since 1970 our average temperature for fall has climbed 1.5 degrees. 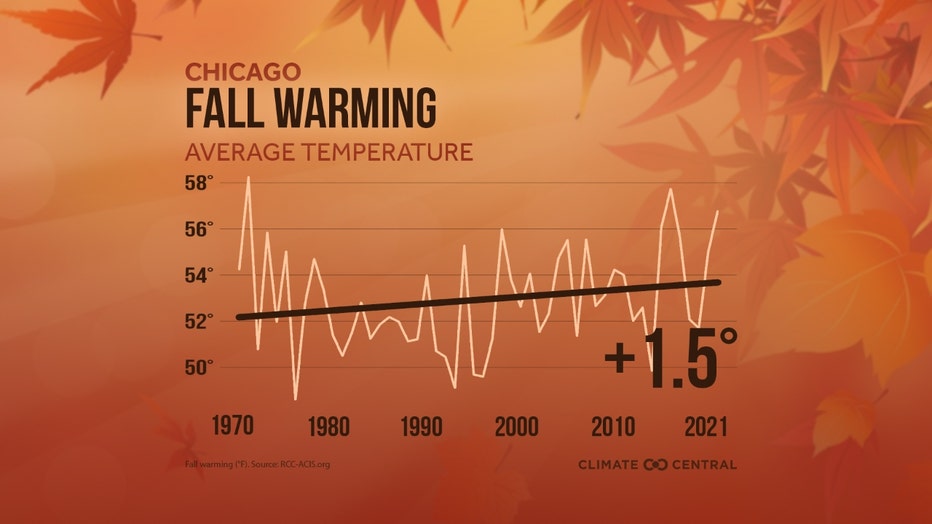 A warmer fall has many impacts. Here are a few mentioned in Climate Central's report:

It might not come as a surprise then that the forecast through the middle of the month is warmer than normal overall. The National Blend Of Models forecast calls for 7 of the next 10 days to hit highs above average. The average high for the start of this period is 80 degrees and then falls to 77 by the end of this stretch. 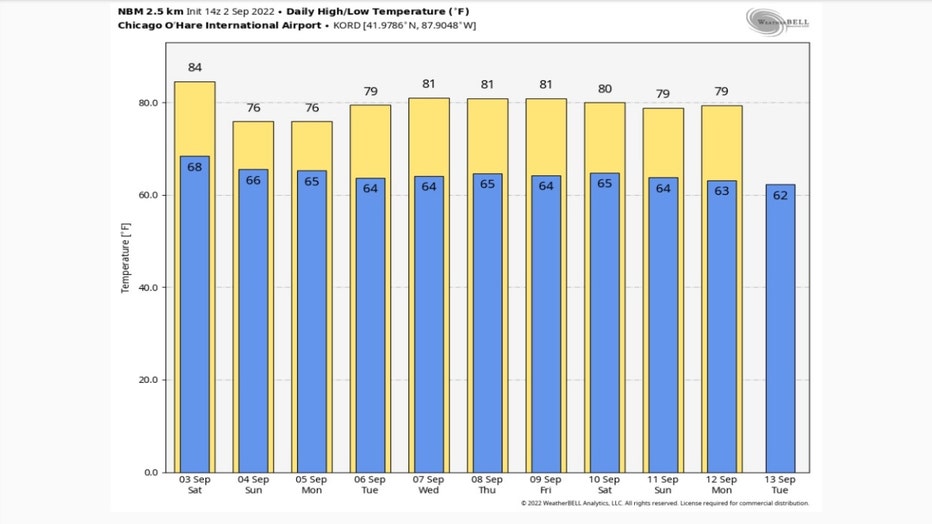 The Climate Prediction Center's 6-10 day and 8-14 day temperature outlooks keeps this warm pattern coming just past the middle of the month. The 6-10 day outlook has us "likely above" average from Sept. 7 through Sept. 11. That covers the period from next Wednesday through the following Sunday. 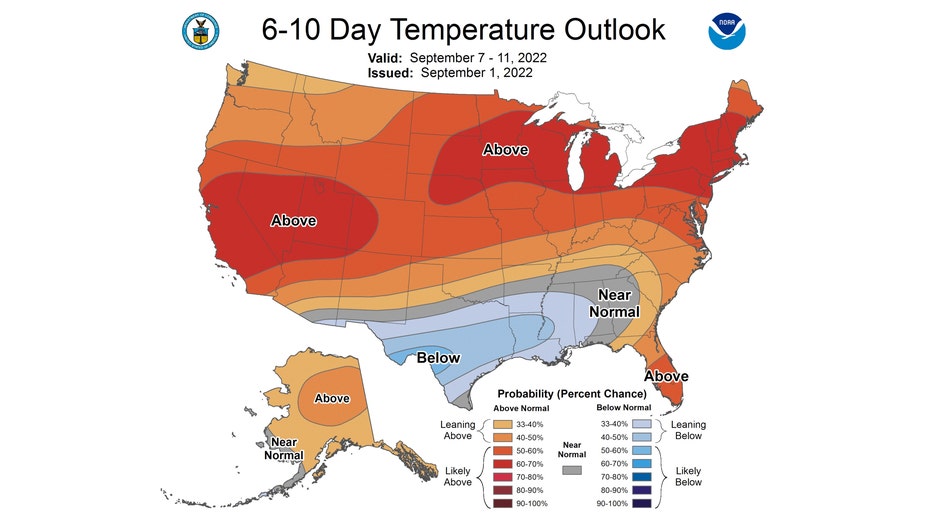 The 8-14 day outlook has us "leaning above" average from Sept. 9 through Sept. 15. That's the period from next Friday through the following Thursday. 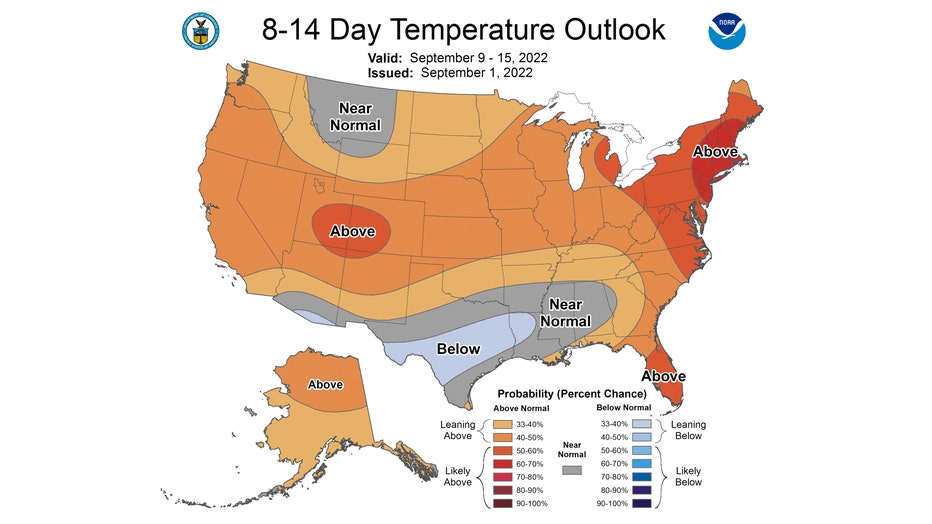 Head to the lakefront if you want to try to stay cool. Oak Street Beach is the site of a beach volleyball tournament through Labor Day. Just avoid the water late Saturday through Sunday since strong winds will whip up big waves and dangerous rip currents.