If you've lived in Chicago for at least one winter, the chances are you have heard the term "Alberta Clipper". It refers to a fast-moving system that forms in the Alberta province of Canada and slips southeast on a track that can take it through the Midwest and impact us here in northern Illinois. They can lay down respectable amounts of snow but aren't our biggest snow makers here because of their fast movement and lack of moisture compared to our big blizzards.

The weekend system we are watching has the potential to lay down a coating of snow Saturday night into early Sunday. THERE IS NO MODEL CONSENUS YET. So this is speculation at this point because one of the two major models spits out zilch while another squeezes out a few inches of fresh snow.

The European model suggests this weekend system will take an ideal track to lay down that snow here beginning late Saturday night and continuing into early Sunday. 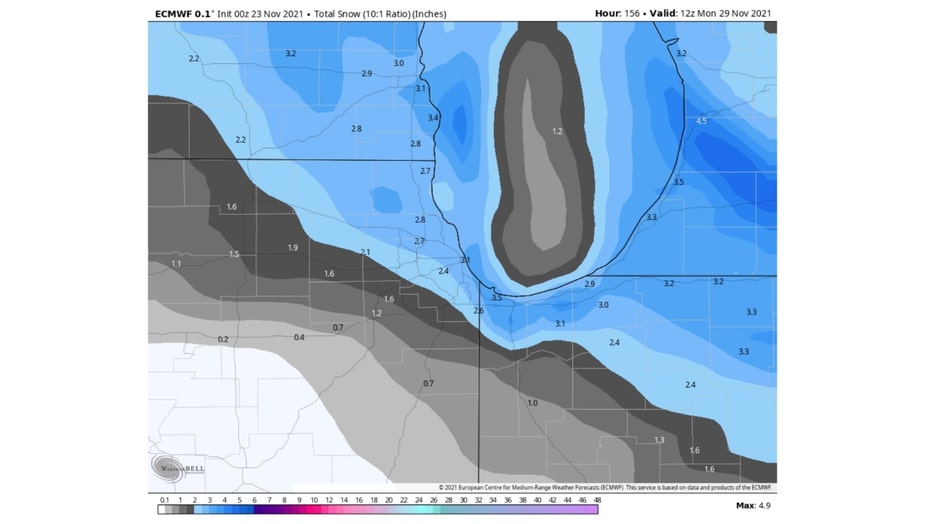 The GFS or American Model is more stingy with the snow. It keeps all the snow through this weekend well east of here. 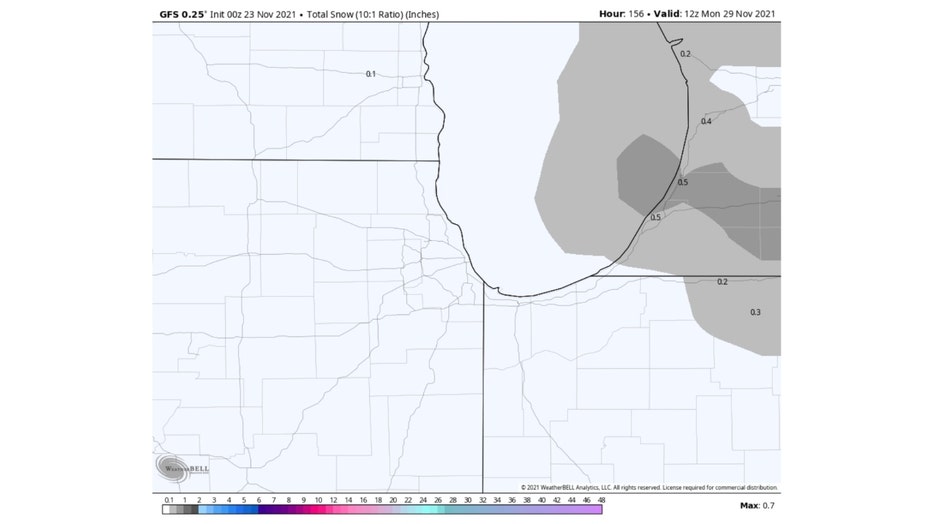 It's too early to really put my confidence in one model versus the other. Once we get further into winter and see how well the individual models are handling snow, we will have a better sense of which one to rely on.

So the best I can tell you now is to stay tuned.

One thing that seems fairly certain is that if we don't get measurable snow this weekend, it might be several days before we get another shot. This forecast of high temperatures through a week from Friday shows only one really cold day. This Friday our highs may barely get above freezing. We moderate a bit this weekend and then have highs of 40° or more all of next week. 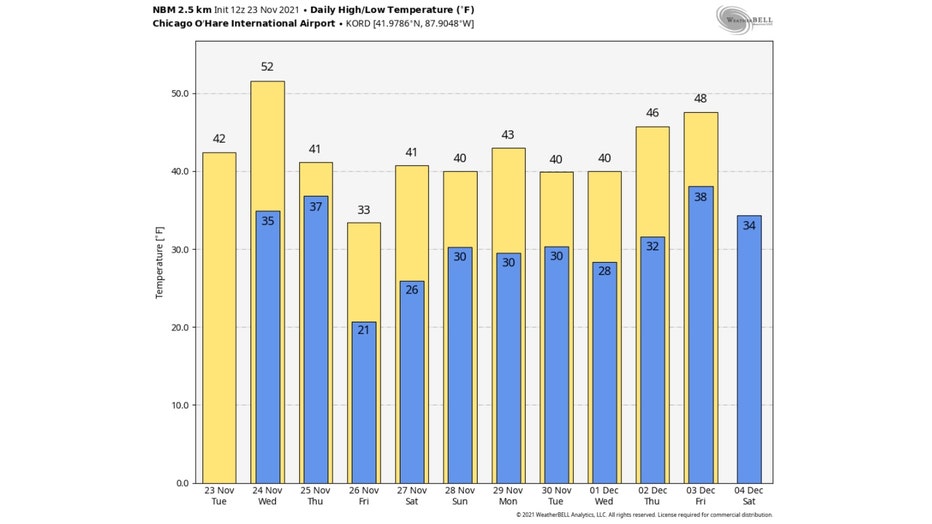 The even longer range temperature outlook has us favored for above average temperatures overall through the first week of December. This covers the period from next Tuesday through December 6th. 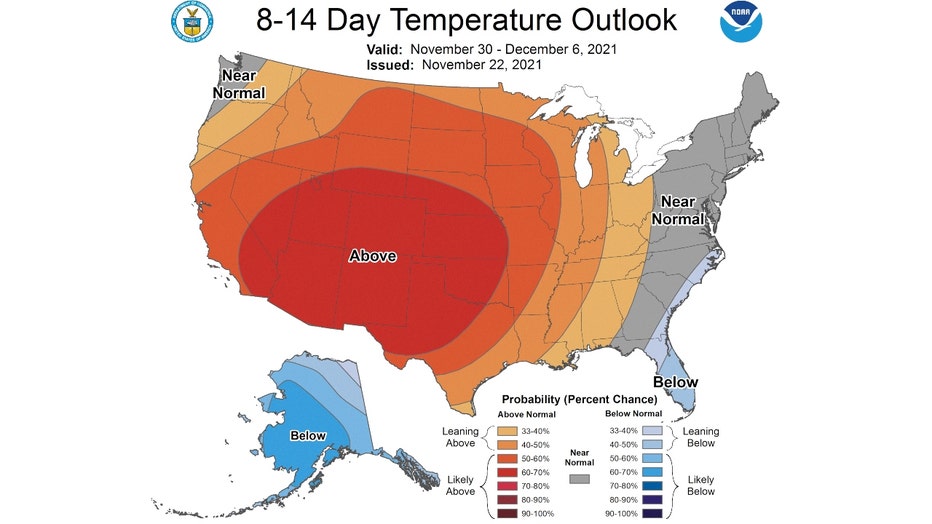 So the best bet for you snow lovers is to keep your fingers crossed for this weekend's clipper.