CHICAGO - At least 25 people have been shot across Chicago since Friday evening, including two men fatally wounded on the South Side.

The wounded include three women shot early Sunday in Englewood after a man opened fire inside a home during a fight. Two boys under 18 years old were also wounded in separate shootings.

The weekend has already seen more shootings — but has been less deadly — than last weekend, when 23 people were shot, seven of them fatally, between 5 p.m. Friday and 5 a.m. Monday.

The latest homicide so far this weekend happened Saturday evening in the South Shore neighborhood.

About 8:25 p.m., two people walked up and fired shots at the man as he stepped out of a home in the 2200 block of East 68th Street, Chicago police said. A 32-year-old man was struck multiple times in his body and taken to the University of Chicago Medical Center, where he was pronounced dead.

On Friday night, a man was killed and three others injured in a drug-related shooting in Morgan Park on the Far South Side. The shooting happened about 9:15 p.m. when someone entered a home in the 11600 block of South Vincennes Avenue and opened fire, according to police.

No arrest has been announced in either shooting.

In non-fatal shootings, three women were shot early Sunday when a man opened fire inside an Englewood home. A group was inside a home about 2:35 a.m. in the 6900 block of South Eggleston Avenue when a fight broke out and a man began firing shots, striking three women, police said.

About 12:50 a.m. Saturday, a 17-year-old boy was shot in Humboldt Park on the Northwest Side. The boy was sitting in a parked car in the 3800 block of West Augusta Boulevard when two males approached and fired shots, police said. He was struck in the back and brought to Stroger Hospital for treatment.

Friday evening, another teenage boy was wounded in a shooting in Archer Heights. The boy, 16, got into an argument with a person he knew about 8:05 p.m. in the 4900 block of South Tripp Avenue, police said. The person pulled out a gun and opened fire, grazing the boy on the shoulder. The boy was taken to Stroger Hospital in good condition.

About 4:50 a.m. Sunday, a 34-year-old woman was on the sidewalk in the 6700 block of South Rhodes Avenue in Park Manor when she heard gunshots and felt a pain, police said. She was struck in the right knee and taken to the University of Chicago Medical Center in good condition.

Minutes earlier in the Heart of Chicago, a 30-year-old woman was shot in the lower back about 4:15 a.m. Sunday while riding in a vehicle in the 2200 block of South Oakley Avenue, police said. The vehicle’s driver brought her to Mt. Sinai Hospital, where she was stabilized.

Saturday night, a 30-year-old woman was shot during an attempted robbery in Chatham on the South Side. The woman was at a gas station about 10:30 p.m. in the 7800 block of South State Street when two men approached and attempted to rob her at gunpoint, police said. There was a struggle and one man fired shots, striking the woman in the abdomen and right hand, police said. She was taken to the University of Chicago Medical Center in fair condition.

About 2:50 a.m. Saturday, two men were wounded in a shooting earlier Saturday in the Heart of Chicago. The pair, 19 and 27, were riding in a vehicle when they heard shots in the 2400 block of South Blue Island Avenue, and felt a pain, police said. The 19-year-old was struck in the right arm and the 27-year-old in the left arm, police said. They were both dropped off at Mt. Sinai Hospital in good condition.

The weekend’s first reported shooting left a man wounded in West Englewood on the South Side. About 6:35 p.m. Friday, the 19-year-old was leaving a home in the 7100 block of South Paulina Street when someone in a vehicle drove by and opened fire, police said. The man was struck in the leg and both arms and taken to the University of Chicago Medical Center, where he was stabilized.

At least nine more people have been injured in citywide shootings so far this weekend. 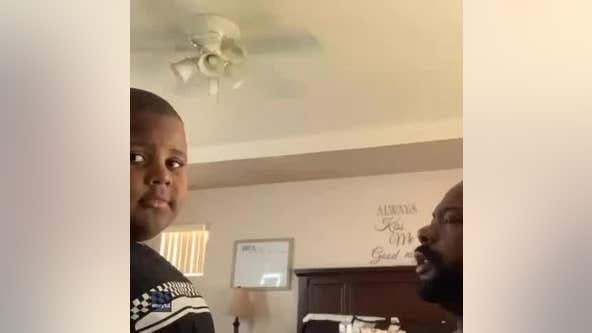