Arne Duncan not running for mayor

Arne Duncan, who served as education secretary under former President Barack Obama, has shut the door on running against Democratic Chicago Mayor Lori Lightfoot in 2023.

CHICAGO - Arne Duncan, who served as education secretary under former President Barack Obama, has shut the door on running against Democratic Chicago Mayor Lori Lightfoot in 2023.

In a statement shared Tuesday on Twitter, the former head of Chicago Public Schools said he remains focused on reducing gun violence in Chicago but will not run for mayor.

"I am exactly where I need to be, doing the work I love," Duncan said. "The best way I can serve our city is to stay laser focused on reducing gun violence and stay engaged at our site, on the streets and in the lives of our participants."

"After a lot of thought, I have decided I will not be running for Mayor but will work with anyone serious about making our city safer."

Duncan previously said he had been urged to run for mayor by local business leaders concerned about Chicago's future, according to the Chicago Sun-Times.

Before serving in the Obama administration as education secretary, Duncan had been CEO of Chicago Public Schools. Upon returning to Chicago, he co-founded the anti-violence group Chicago CRED.

Lightfoot said Tuesday the work Duncan is doing with Chicago CRED is "important" and she's looking forward to working with the organization and others to combat gun violence.

"Arne Duncan has dedicated himself to public service, and over the arc of his career contributed to our city’s well being in important ways," Lightfoot said in a statement. "The work he’s doing now to build community-based solutions to violence is important, and I look forward to continuing to collaborate with Chicago CRED and the other street outreach and intervention organizations and initiatives across our city." 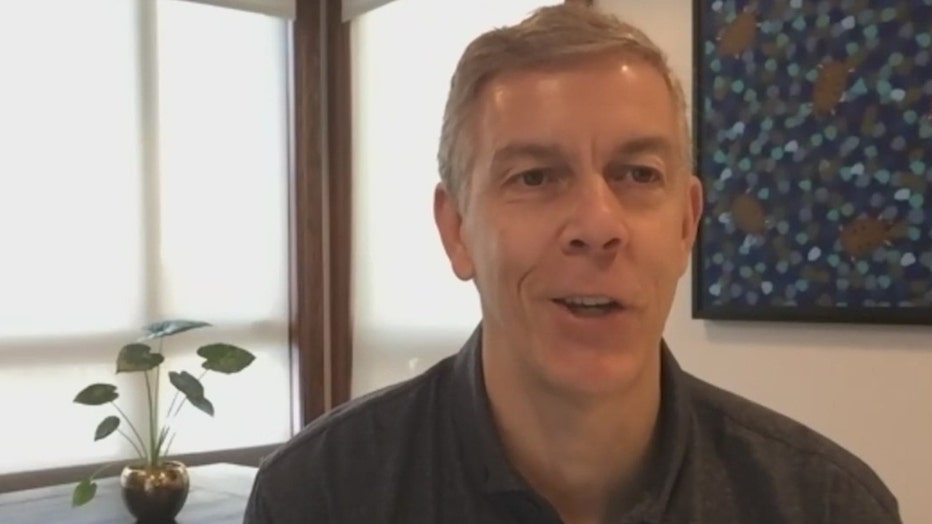 Chicago has faced a surge of murders, with 836 homicides in 2021 and 88 people so far this year. While considering a run for mayor last month, Duncan delivered a scathing critique of the Chicago Police Department under Lightfoot's leadership.

He said the two-year-long explosion of bloodshed has been made worse by strategic incompetence at the police department, including the fact that CPD now has 1,400 fewer officers than in 2019 when Lightfoot became mayor.

He said an analysis done with Bain Consulting estimated the true cost of criminal violence is about $7 billion a year, underscoring the damage it’s causing to the local economy.