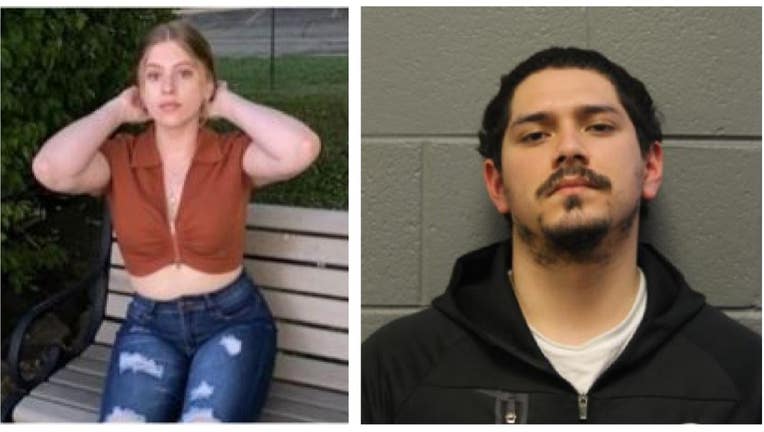 CHICAGO - Prosecutors in Chicago shared new details about the murder of Charisma Ehresman on Saturday, saying that alleged killer Richard Chavez lied to officers about when he met up with her, and that he left her body in the backseat of her own car with a jacket over her head.

Prosecutors said that Ehresman said that the last phone call Ehresman, 20, made was to Chavez's phone, and that her own phone pinged less than two blocks from his Oak Park home at 1:43 a.m. on Jan. 24. Her last Snap message was sent around that time.

Ring doorbell surveillance video shows Chavez walk into his home with Ehresman, prosecutors said, and she was never seen leaving.

On the morning of Jan. 24, prosecutors said, Chavez got into her car and drove to the Austin neighborhood in Chicago. He left her car there, walked around for an hour, then called his brother to pick him up.

The next day, prosecutors said, Chavez was arrested on a felony DUI warrant. He had cuts on his hands and "appeared to have cut his hair," prosecutors said. He allegedly told police that he had met Charisma Ehresman though social media, and that she had come up to "hook up." He told police that he went to bed by 8 p.m. on Jan. 23 and did not wake up again until 10 a.m. or 11 a.m. on Jan. 24.

On Jan. 25, Ehresman's family reported her missing, and on Jan. 28, Ehresman was found dead in the backseat of her car with a jacket over her face. She died by strangulation and smothering.

On Jan. 31, police executed a search warrant at Chavez's house and they said they found a partially packed suitcase, hair clippings and the same mask he wore on video captured on Jan. 24.

Police executed a search warrant at the Defendant’s home on January 31, 2022.  They found a suitcase that was partially packed in his bedroom, as well as hair clippings in his garbage and a mask that he was observed wearing on the surveillance video from January 24, 2022.

Richard Chavez was then charged with the murder of Charisma Ehresman.

She was a nursing student.