From January until July 7 of this year, there have been 119 shootings on expressways. In 2020, the total number of expressway shootings was 128.

CHICAGO - Chicago expressway shootings continue to surge, as authorities search for answers following the latest two incidents on the same day at different areas across the city last week.

In the first expressway shooting Thursday, according to Illinois State Police, an unidentified male driver crawling along morning traffic on I-290 witnessed a robbery taking place on the Chicago Transit Authority platform.

That driver pulled over to the shoulder, exited the vehicle and opened fire.

The individual, who has not been identified by authorities, reportedly hopped back into the vehicle and peeled off. No injuries related to the incident have been reported.

Expressway shootings continue to surge in Chicago even though millions of dollars have been set aside for cameras and license plate readers.

The second incident Thursday happened when a 22-year-old passenger in a vehicle traveling southbound on I-94 at Old Orchard was shot after someone in another vehicle opened fire. The victim’s injuries were minor and not believed to be life threatening.

There have been 137 shootings on Chicago-area expressways so far this year as of Sunday, Illinois State Police confirmed to Fox News. There were 128 expressway shootings in Chicago in all of 2020, and 52 in all of 2019.

Dan Ryan Expressway, which runs from Circle Interchange with I-290 near downtown through the South Side, is perhaps the most dangerous highway in Chicago. A Jeep Wrangler was riddled with bullet holes near 37th Street on the Dan Ryan Wednesday, which marked the 43rd shooting so far this year on that roadway. 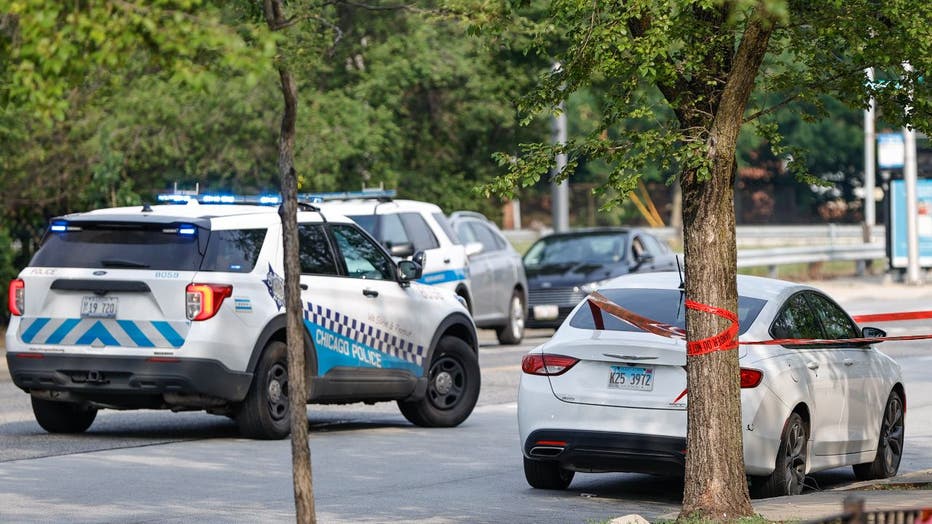 "The Dan Ryan, in particular, has certain intervals where it’s probably repeat offenders here," Dr. Joe Schwieterman, an expert in transportation and urban planning, told WBBM-TV. "We have enough problems right now with our image with crime without this sort of drive-by motorist risk."

Arrests are infrequent in Chicago-area expressway shootings, which are rarely fueled by random road rage, WMAQ-TV reported in June. Victims rarely cooperate with police and often know their assailants.

Law enforcement have fallen victim to the expressway shootings. Earlier this month, one officer from the Chicago Police Department and two Bureau of Alcohol, Tobacco, Firearms and Explosives (ATF) agents were shot and wounded while inside their undercover vehicle driving on the entrance ramp to Interstate 57.

The deadliest expressway in Chicagoland is the Dan Ryan. So, where are the upgraded cameras the Illinois Department of Transportation announced they had the money to buy two months ago?

Expressway shootings have continued to surge in Cook County despite the Illinois State Police receiving a $12.5 million grant in February from the Illinois Department of Transportation for the purchase and installation of automated license plate readers, software and specialized cameras. A state police spokesperson told Fox News the department hopes the cameras will be installed "in the coming weeks."

Illinois State Police said it will continue "to proactively patrol and saturate the Chicagoland expressways with the goal of ensuring public safety." The spokesperson highlighted ongoing initiatives with the Chicago Police Department and other local and federal agencies "on a variety of enforcement and gun violence reduction efforts."

"We are reallocating additional troopers from around the state to combat gun violence and future cadet classes are committed to District Chicago to increase manpower to fight gun violence on the expressways," ISP said. "We are also working with our state and federal partners on gun enforcement details to keep those who are prohibited from carrying weapons from having them. We continue to work with our state and federal partners to share intelligence on gun violence and gun trafficking."