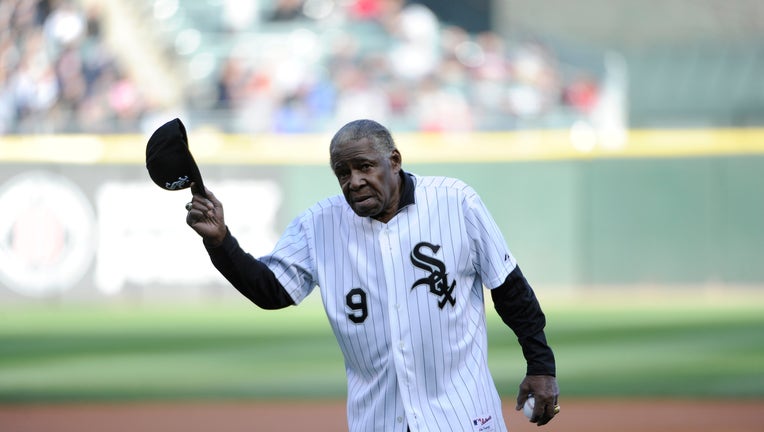 Minoso broke the color barrier in Chicago baseball when he debuted with the White Sox in 1951, hitting a home run in his first at-bat. He also blazed a trail as the first star ballplayer from Cuba.

Minoso became known as "Mr. White Sox". He was a seven-time All-Star and remains one of the most revered figures in White Sox history. He died on March 1, 2015.

"This tremendous honor would have meant a great deal to my dad, and it means a great deal to us," Miñoso’s son Charlie Rice-Miñoso said in a a statement released by the White Sox. "My dad lived the American Dream. He was able to open doors and break barriers all while doing what he loved, fulfilling his life-long dream of being a major league baseball player. He devoted his life to baseball, to all the fans, to the community and to Chicago, which he loved. He was so proud to be Black, to be a Cuban, to be an American and to be a professional baseball player for the Chicago White Sox. He also would have been so very proud to be a Hall of Famer."

Buck O'Neil, Gil Hodges, Jim Kaat, Tony Oliva and Bud Fowler were also elected to baseball Hall of Fame. Miñoso was named on 14 of 16 ballots (87.5 percent), while Hodges, Kaat and Oliva were each named on 12 of 16 ballots (75 percent), with all four reaching the 75-percent threshold necessary for election.