The Chicago Teachers Union’s governing body has voted to suspend its labor action and return to in-person work Tuesday, ending a bitter dispute with Chicago Public Schools and setting up students to return to classrooms Wednesday for the first time in a week.

CHICAGO - The Chicago Teachers Union’s governing body has voted to suspend its labor action and return to in-person work Tuesday, ending a bitter dispute with Chicago Public Schools and setting up students to return to classrooms Wednesday for the first time in a week.

The union’s house of delegates voted 389 to 226 in favor of suspending the work action Monday evening, bringing its third labor dispute in 27 months to an abrupt end that left many teachers unsatisfied. The CTU’s 25,000 members are expected to vote later in the week on whether to approve the potential agreement.

At a City Hall press conference after the vote, Mayor Lori Lightfoot said families could "breathe a sigh of relief" that kids would soon be back in school, acknowledging parents’ frustrations with her latest battle with the union after the 11-day strike in 2019 and last year’s reopening negotiations.

"Some will ask who won and who lost," Lightfoot said. "No one wins when our students are out of the place where they can learn the best and where they’re safest.

"The teachers in our system love their students. … That’s not what this was about. We love our teachers, we continue to support our teachers."

Despite the agreement, CTU President Jesse Sharkey said the past week showed CPS officials’ "callous disregard" for school safety. He wished the union didn’t have to refuse in-person work during the action but said he’s glad it did.

"I’m tired," Sharkey said in a virtual media briefing. "It’s cold out in Chicago, and we’re locked out of our schools, and we’re going without pay, and we’re watching our students reach out."

The district’s proposal called for CTU members to return to buildings Tuesday with in-person classes started Wednesday, according to a copy of the offer viewed by the Sun-Times.

CPS didn’t offer to reinstate a threshold for district-wide school closures and didn’t agree to an opt-out testing program, two of the union’s most prominent demands. The district also didn’t agree to return to classrooms Jan. 18 as the union had planned.

Lightfoot announces CPS students will be back in class on Wednesday

But officials did offer to increase testing at all schools to at least 10% of their student population. Students registered for testing would be randomly selected each week. All staff would be offered testing this week.

Though the district stuck with an opt-in testing program, it committed to working with the CTU to increase student testing and vaccination to 100% by Feb. 1. CPS would establish phone banks where staff would help call parents. About 20% of students are signed up for testing.

When it came to individual school closures, CPS compromised with the CTU and agreed to shut down a building for at least five days if 30% or more of its teachers are absent for two consecutive days because of positive cases or quarantines, and if substitutes can’t get the absences under 25%. A school would also close if 40% of its students were quarantining.

CPS didn’t guarantee the missed days would be made up at the end of the year, leaving CTU members without assurances they would be paid.

Chicago Public School students will return to in-person learning on Wednesday after an agreement was reached between the district and the Chicago Teachers Union, Mayor Lori Lightfoot announced Monday night.

"The CEO will conduct an assessment, in consultation with relevant stakeholders including parents and principals, to determine whether to recommend that the Board of Education add instructional days to the school year based on students’ academic needs," the district’s proposal read.

CPS CEO Pedro Martinez said the agreement would help strengthen school safety and expand COVID-19 testing, which has been a goal of his since he took the job in September.

Martinez thanked the 16% of teachers who reported to buildings Monday, enough for 150-plus schools to offer limited activities and three to put on full in-person classes. 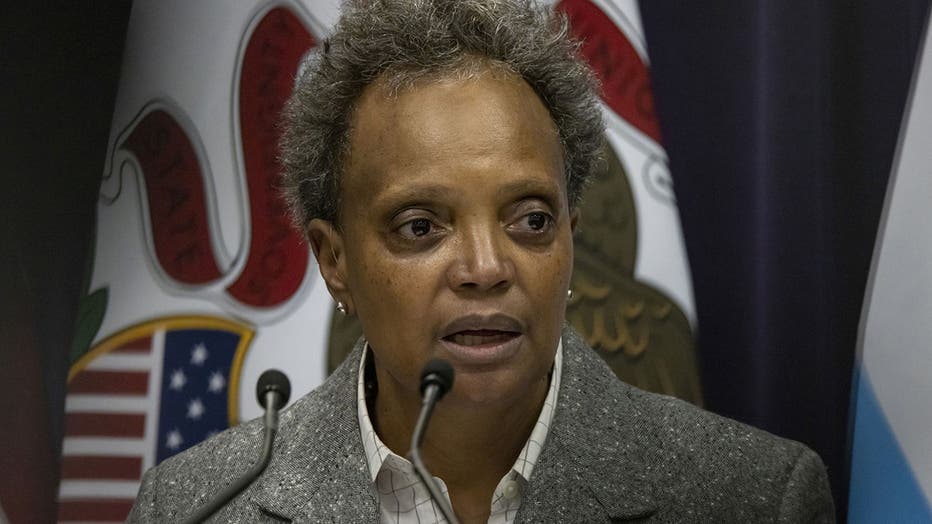 CTU members took to social media when details of the proposal spread around the union to express their frustration that they had lost four days of pay for what appeared to be very little in return — though, at the very least, teachers did stay out of buildings for a week during the Omicron surge.

Asked what he’d say to those members voting on the potential agreement, Sharkey said "our members also are grown up. We understand that sometimes when you do this kind of a thing you don’t have guarantees in advance."

In the outside chance a majority of the membership votes to reject the proposal, the union and district would have to return to the bargaining table.

Sharkey said negotiations were frustrating because Lightfoot started "by foreclosing the possibility of compromise on two key issues," an opt-out COVID testing program for students and remote learning for a few days this week.

"I’m not going to say anyone on our team feels this is a home run," Sharkey said.

To put it more bluntly on a deal that many members feel didn’t go far enough, CTU Vice President Stacy Davis Gates said: "Why would anyone be happy to sacrifice pay for face coverings?"

Meanwhile, White House Press Secretary Jen Psaki — who was peppered with questions about the closed district during a Monday briefing — said the Biden Administration was "in regular touch" with the governor and mayor behind the scenes.

Asked if President Joe Biden should use his "bully pulpit to tell the teachers union in Chicago to get back in the classroom," she said Biden "has been very clear" that "we are on the side of schools being open. … We will continue to convey that clearly."