The horse will never ride again and may need to be euthanized, prosecutors said Wednesday, adding that one veterinarian compared Adam Hollingsworth’s actions to “forcing an 80-year-old woman to run a full marathon.”

The horse will never ride again and may need to be euthanized, Assistant State’s Attorney Kevin Deboni said Wednesday, adding that one veterinarian compared Adam Hollingsworth’s actions to “forcing an 80-year-old woman to run a full marathon.”

Authorities found the horse collapsed on the pavement near 95th Street Monday, overheated, dehydrated, bleeding from the hooves, and with eyes so dilated they resembled “cartoon eyes,” Deboni said. The horse, coerced to run seven miles without horseshoes, also had sores beneath its saddle, which wasn’t properly padded, the prosecutor said. 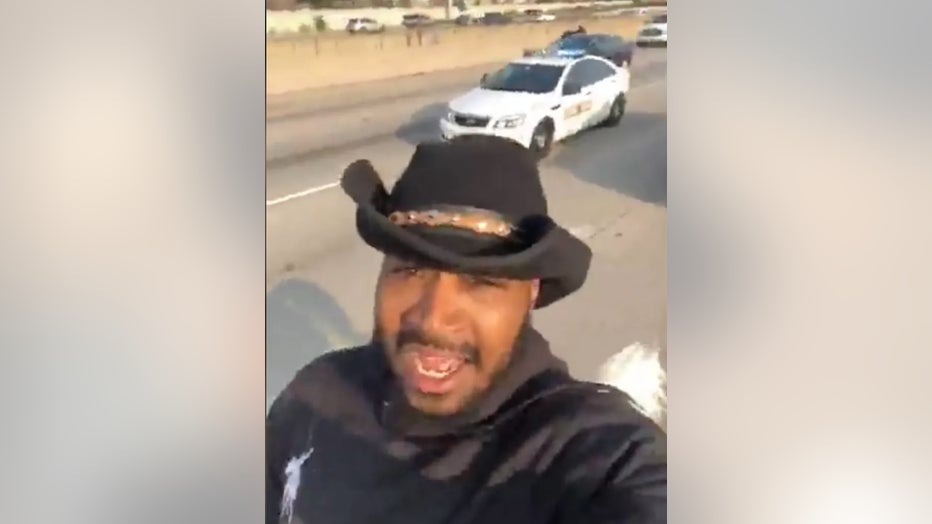 Adam Hollingsworth, known as the “Dread Head Cowboy,” posted video of himself riding his horse on the Dan Ryan Monday. | Facebook

“The horse doesn’t know it was part of a protest,” the judge said. “The horse only knows how it was treated. And … it appears that treatment was criminal.”

Hollingsworth’s protest began about 4:30 p.m. Monday as he galloped into the southbound lanes at 35th Street. Holding back traffic as police cars and motorcycles tailed him, he eventually exited at 95th Street.

The horse trotted at times, but was galloping for most of the ride, Deboni said. When the horse slowed down, most likely from exhaustion, Hollingsworth allegedly kicked and whipped it.

Hollingsworth, known for his civic activism, broadcast his protest on Facebook Live, saying “I shut down the Dan Ryan! Kids lives matter!”

But Deboni claimed that, in another video posted June 11, Hollingsworth said he would “ride his horse until it dies.”

The horse, in critical condition, continues to collapse during treatment, and is never expected to stabilize, Deboni said.

Chicago Animal Care and Control officials also said the horse was so battered, it would’ve died if it hadn’t been treated immediately.

“Euthanasia may be utilized for humane reasons due to the suffering the animal will likely endure for the rest of its life,” Deboni said.

Hollingsworth’s lawyer said his client’s protest was planned and that motorcycles were used to protect the horse from cars. Saddle sores are common for horses and not all riders believe horses need horseshoes on the pavement, the defense attorney argued. 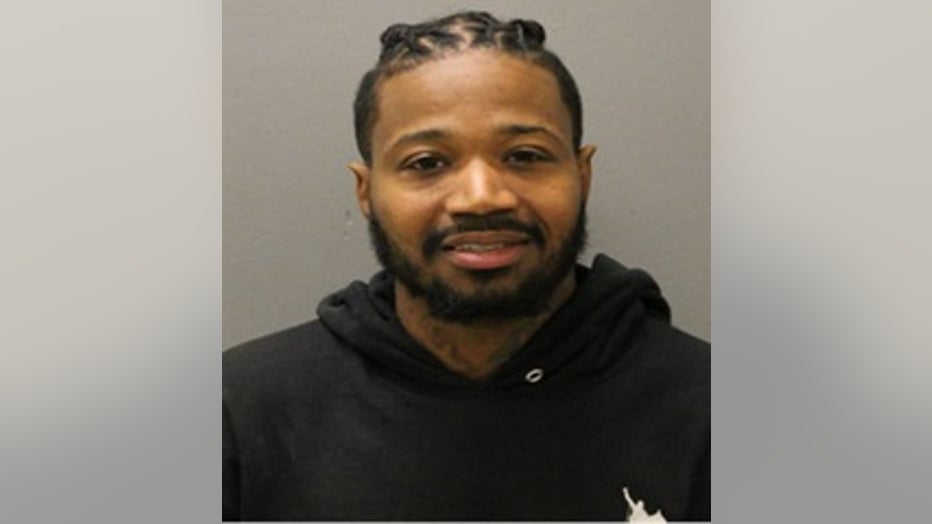 Hollingsworth met with police earlier this month about the Dan Ryan protest, but his request was denied since authorities said it was dangerous and illegal, Illinois State Police said.

Mayor Lori Lightfoot’s office called Monday’s incident a “stunt” that endangered the horse and others. “There is a right way and a wrong way to call attention to issues of great importance and this stunt was decidedly the very wrong way,” the mayor’s office said.

Earlier this year, Lightfoot teamed up with Hollingsworth and his horse to promote the U.S. Census in South and West Side wards.

In addition to animal cruelty, a felony, Hollingsworth has also been charged with several misdemeanors: reckless conduct, disobeying a police officer, obstructing traffic and criminal trespass to state supported property.

On Tuesday, Father Michael Pfleger and activist Ja’Mal Green called for authorities to drop charges against Hollingsworth. However, Pfleger did say, “I trusted that he knew what was best for the horse. If the horse was injured in any way, obviously, I don’t want that. I’m sorry about that.”

Hollingsworth is expected back in court Sept. 30.