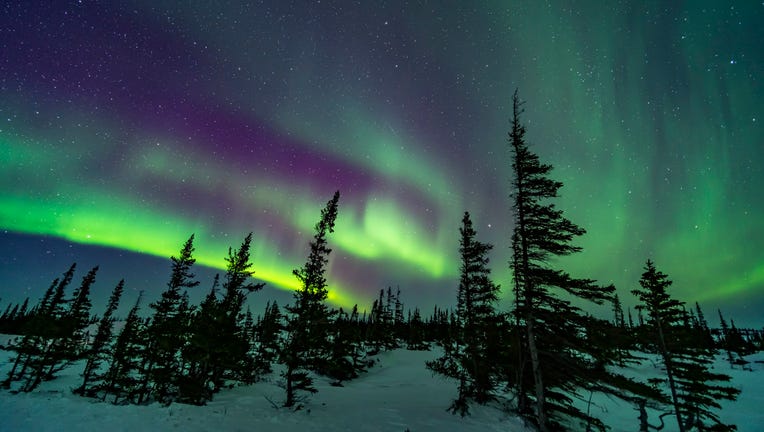 A colourful aurora over the wind-shaped trees of the boreal sub-Arctic forest at the Churchill Northern Studies Centre, March 18, 2020. Arcturus is rising between the two trees right of centre. This is a single 15-second exposure at f/2 with the Venu (Alan Dyer/VW PICS/Universal Images Group via Getty Images / Getty Images)

Skywatchers in some northern parts of the U.S. are set to enjoy the aurora borealis, or Northern Lights, this week.

Caused by a geomagnetic storm that is the result of a Coronal Mass Ejection (CME), or solar flare, the Northern Lights could be visible across a number of northerly states.

“When the charged particles from the sun strike atoms and molecules in Earth’s atmosphere, they excite those atoms, causing them to light up,” explains EarthSky.

“Geomagnetic Storm Watches are in effect from December 9th - 11th, 2020 due to anticipated CME effects,” said NOAA’s Space Weather Prediction Center in a statement. The solar flare occurred on Dec. 7, it added.

“NOAA forecasters expect the most intense disturbances to occur on Dec. 10th with peak storm levels near category G3,” said Spaceweather.com. “If that happens, auroras could be sighted in the USA in states as far south as, e.g., Illinois and Oregon.” 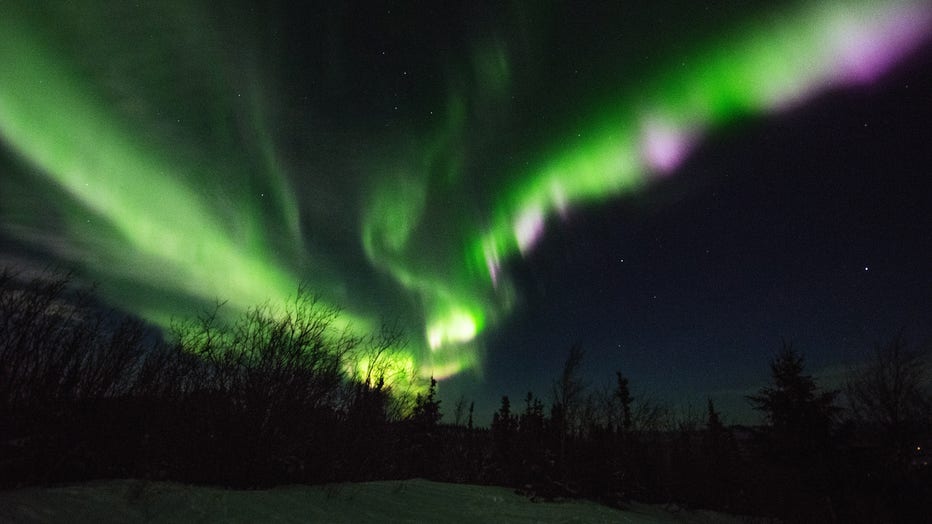 The Aurora Borealis appears in the sky on January 8, 2017 near Fairbanks, Alaska. The lights are a result of the interaction between solar wind and the earth's magnetosphere. (Photo: Lance King/Getty Images)

Skywatchers across parts of the northern U.S. are gearing up to see the Northern Lights.

“Geomagnetic storm watches are in effect through December 11th! What does this mean? LOOK NORTH,” tweeted Jennifer McDermed, meteorologist at Fox 9 in Twin Cities. “Get away from city lights. Pray the clouds break. And look for the northern lights!”

“Look up tonight!,” tweeted Max Tsaparis, meteorologist at WKOW 27 News in Wisconsin, on Wednesday. “A coronal ejection from the sun is heading towards earth tonight which may cause the #NorthernLights to be visible.”