A man seen on viral video being beaten and robbed in Chicago’s River North neighborhood is speaking out.

CHICAGO - A woman was stabbed in an apparently random attack inside a bank in Chicago's River North neighborhood on Wednesday.

The attack happened around 11 a.m. inside a Chase Bank at the corner of Dearborn and Ohio.

The 24-year-old woman was stabbed on the side of her neck after "after having a brief conversation" with a man inside the bank, Chicago police said.

FOX 32 Chicago reporter Dane Placko and photographer Ed Flynn were coincidentally around the corner, working on a story about violence in River North. They had just finished interviewing a man who had been attacked and robbed on State Street when they heard the sirens. They believe the suspect walked right past them, though they did not know at the time that he had been involved. 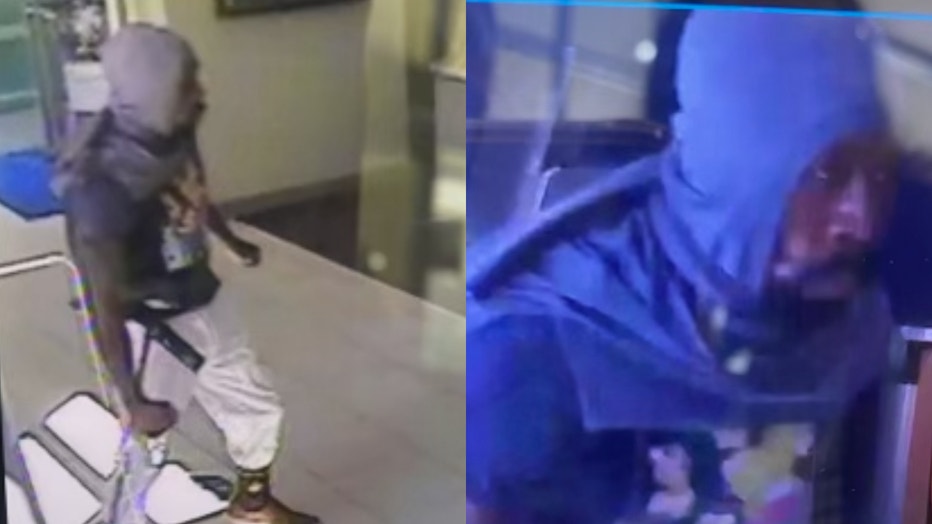 The woman was rushed to the hospital and her condition was not known.

A large pool of blood could be seen a few feet from the teller's window.

A Chase Bank spokesman confirmed the victim was an employee. "Our thoughts right now are with our employee and their family," spokesman Brian Hanover said in an emailed statement.

Chicago police say they are questioning a person of interest in the stabbing attack.

Another attack occurred in River North over the weekend. One of the victims in that incident spoke to FOX 32 on Wednesday.