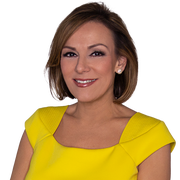 Roseanne Tellez has been an anchor and reporter in the Chicago television market for almost 25 years.

She spent the past 15 years as a reporter and morning news anchor for WBBM CBS 2 Chicago, and the previous 14 years in various roles at Tribune’s WGN-TV, serving as anchor from 1995-2004.

A graduate of the University of Southern California, Tellez holds a Bachelor of Arts degree in Broadcast Journalism.