Chicago - Barring an invasion from the Polar Vortex, this summer will go down in the record books as above average for Chicago.

The long range forecasts are hinting at a cooler than average end to August and season of summer. However, our June was so much warmer than average that a cooler end to the month still won't be able to bring the overall average summer temperature below average. 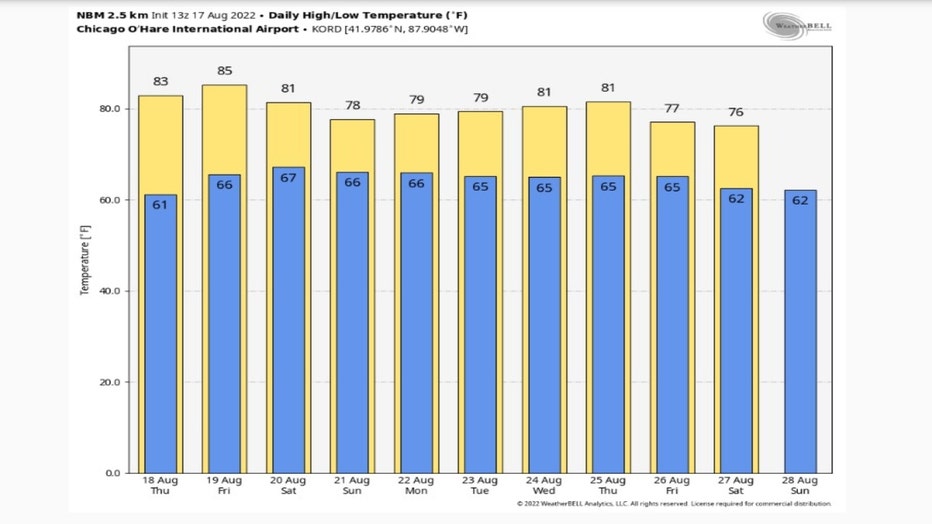 The National Blend of Models long range forecast only shows one day with above average highs (Friday). Nine of the next 10 days are forecast to be below average. Average highs for this period start around 83 degrees and drop to 81 degrees.

The Climate Prediction Center's 6-10 day and 8-14 day temperature outlooks suggest we may be around or below average overall through almost the end of August. 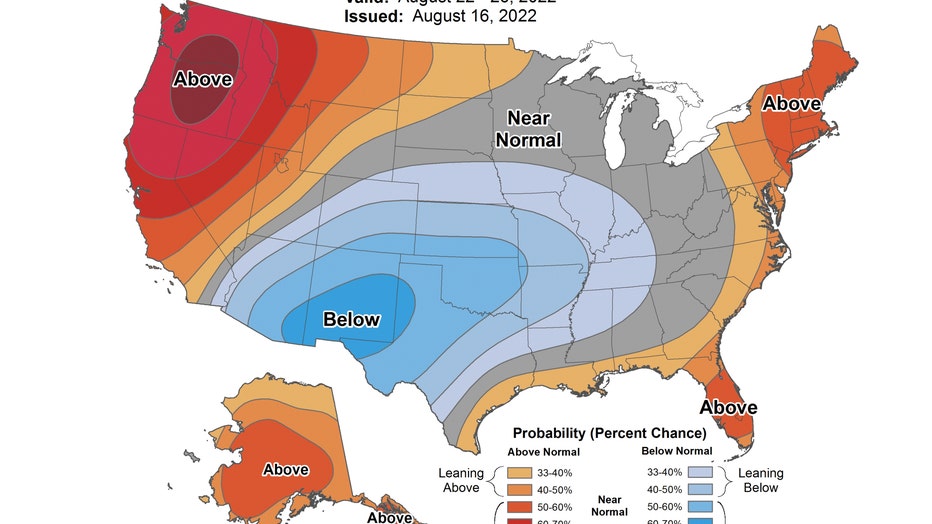 The 6-10 day outlook has us "near normal" from next Monday through Friday. 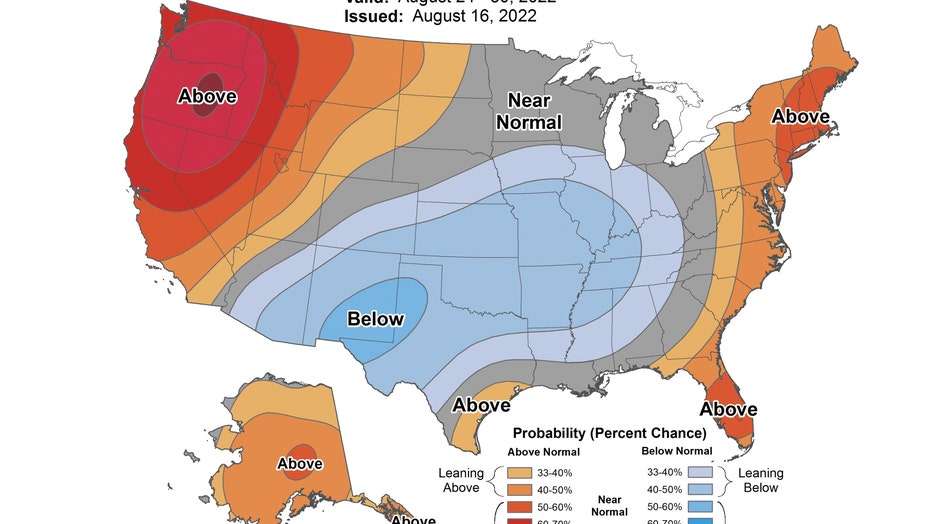 The 8-14 day outlook has us "leaning below" average from next Wednesday through the following Tuesday. That takes us through Aug. 30.

Looking really long range is downright depressing when it comes to heat. A new study from the First Street Foundation forecasts an "extreme heat belt" developing over the next few decades that will run from the Gulf Coast north through Chicago. The heat index in this region is expected to hit 125 degrees at least once a year by 2053.

Here is a quote from their report:

The National Weather Service identifies different "bands" or thresholds of dangerous temperatures associated with health impacts. Relatively minor consequences, such as fatigue, become likely at the "Cautious" threshold, with temperatures around 80°F. At the highest threshold, health impacts can include conditions that are life threatening, such as heat stroke. The FSF-EHM highlights the increased incidence of Extreme Danger Days affecting nearly 50 counties this year (~95,000 square miles) and 1,023 counties (~750,000 square miles) by 2053, an increase of about 1,946% (over 20 times) over the next 30 years. This grows the risk of extreme heat exposure from approximately 8 million people today who live in those counties to about 107 million people in 30 years. Interestingly, these Extreme Danger Days of temperatures over 125°F today are concentrated across the middle of the country, in an area stretching from the Louisiana and Texas border north through Iowa, Indiana, and Illinois. The top 5 metropolitan areas by the number of impacted neighborhoods expected to experience these Extreme Danger Days are St. Louis, MO; Kansas City, MO; Memphis, TN; Tulsa, OK; and Chicago, IL. These states are part of this Extreme Heat Belt, made up of areas relatively distant from the ocean which generally do not benefit from the coastal breezes that help to keep the Southwest, Southeast, and East Coast from hitting these extreme temperatures currently. 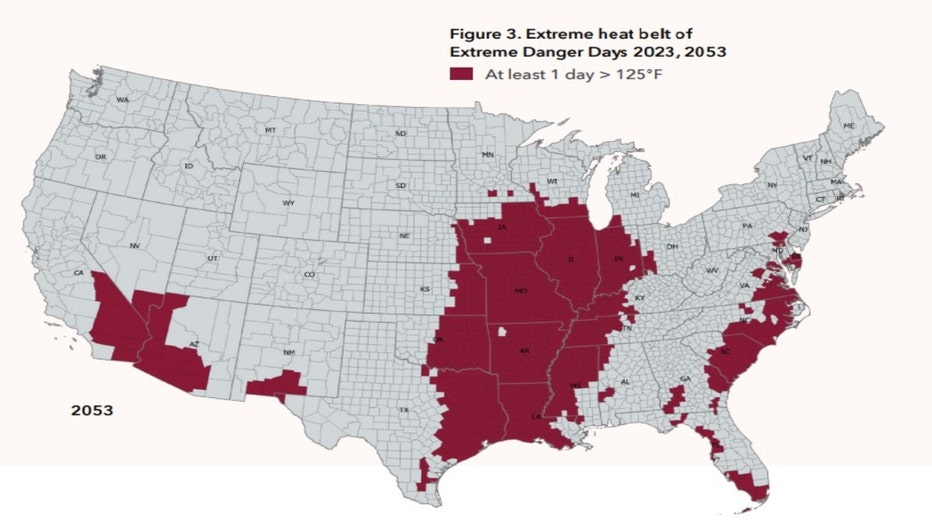 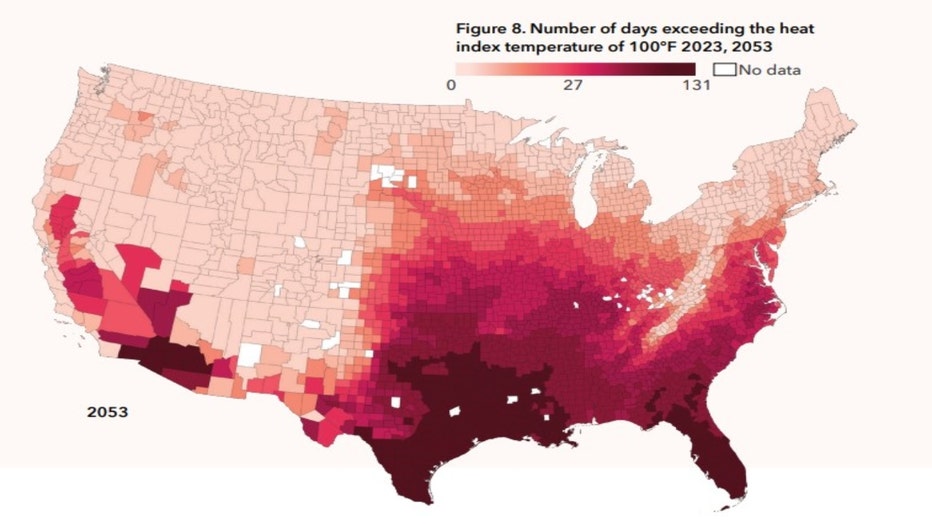 So the short range forecast may be cooler than average, but the longer range is a lot hotter for Illinois.