A Bald Eagle that was rescued Sunday from a piece of floating ice in Waukegan Harbor has died. 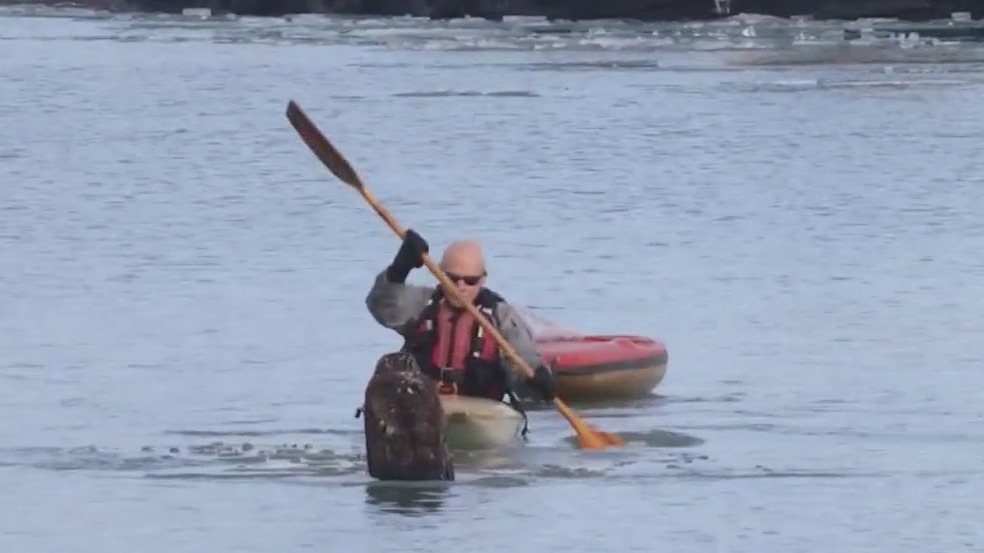 A Bald Eagle that was rescued Sunday from a piece of floating ice in Waukegan Harbor has died.

The Wienermobile plans to “ketchup” on several Chicago-area events.

The Wienermobile plans to “ketchup” on several Chicago-area events.

It’s difficult to see a symbol of America sedated and looking lifeless. But that's what our crew saw Thursday at Willowbrook Wildlife Center.

The DuPage County State's Attorney said that Jose Granados, 43, killed Nancy Bustos in October 2011 in an apartment in Glen Ellyn. Then he fled to Mexico until he was extradited back to DuPage County in 2017.

A new listing of the ‘Best Small Cities in America’ might add fuel to the fire for the people encouraging residents of Illinois to move to Indiana. Carmel, Indiana ranks the second best small city in America, according to Wallet Hub.

A retired suburban fire chief is facing charges after he was accused of exposing himself near a high school.

James Bodony was charged with public indecency after allegedly exposing himself within the sight of students at Glenbard West High School in Glen Ellyn.

Recreational marijuana sales will not be coming to Glen Ellyn.

Police have been stationed outside a suburban Chicago elementary school because of anti-mask protesters, with some going as far as to call students walking to school “Hitler youth."

Bond has been set $1 million for a homeless man who is charged with shooting a moving vehicle on Roosevelt Road in Glen Ellyn.

Ecologists in the area are urging local drivers to slow down so turtles in the area can safely make a very important journey for nesting.

A 19-year-old Chicago man was charged with stealing a vehicle from the driveway of a Glen Ellyn home and leading police on a chase through the western suburbs in June 2020.

The Glen Ellyn Food Pantry says it has raised $900,000 to renovate the parsonage at Faith Lutheran Church and turn it into a new headquarters.