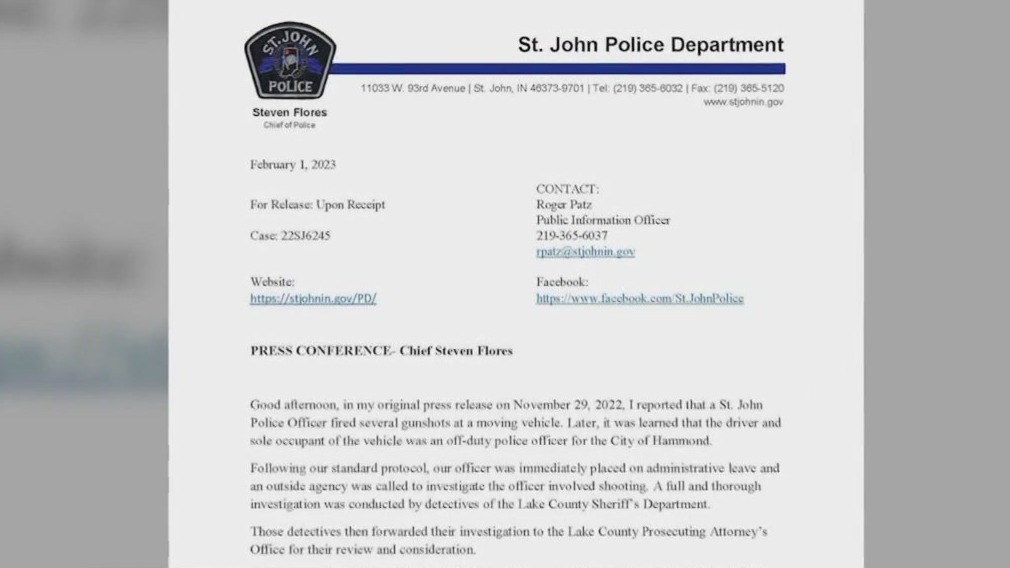 St. John Indiana police provided an update Wednesday on a shooting that involved an on-duty officer last November. The officer fired at an off-duty Hammond police officer. Now, the Saint John officer is set to be charged.

A St. John police officer opened fire on a driver as they drove their vehicle toward him Tuesday morning in northwest Indiana.

Northwest Indiana Police Officer Darrell Shaffer is being hailed a hero for his swift actions in saving two young girls from a car that ended up submerged in a retention pond.

In the end it proved to be a false alarm, but there were some very tense moments Wednesday in St. John, Indiana when it was believed there was an active shooter inside Lake Central High School.

The hot and dry weather is creating a major water shortage for one northwest Indiana town.

Brian Travis was charged with a felony count of criminal sexual assault of a victim between the ages of 13 and 17 as well as a misdemeanor count of assault.

An Indiana man with special needs is proving there are no obstacles in life.