Chicago - March can be a challenging month if you live in Chicago. It offers occasional glimpses of stellar spring weather and even a rare taste of summer is possible. It can also revert to the wintry weather most of us hoped we left behind in February. One area writer refers to this time of the year as "the icks of March".

The 70s we started the week off with back on Monday seem so long ago. I posted yesterday about not just saying so long to the 70s for now but probably the 60s as well. A cool pattern could stick around through the first few weeks of April.

We aren't done with wintry weather just yet. Some spring snow is possible from Friday afternoon through Friday night. Some models are even squeezing out some light accumulations. The ground is fairly warm so I think the amounts suggested are overdone but a little wet snow sticking on some grassy surfaces can't be ruled out north and northwest of the city. Anything that did stick would melt away relatively quickly. 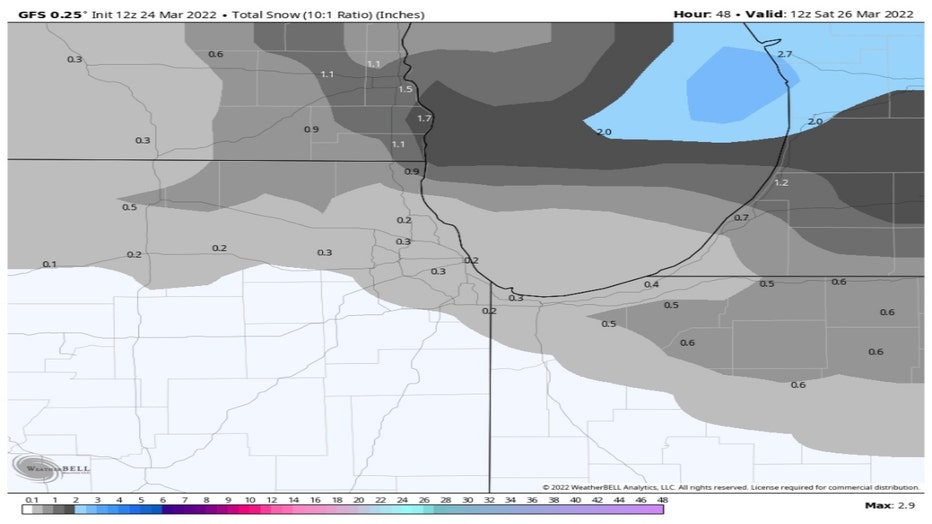 The GFS or American Model spits out a couple tenths of an inch for much of the area with up to nearly an inch in northern Lake County along the Wisconsin state line. 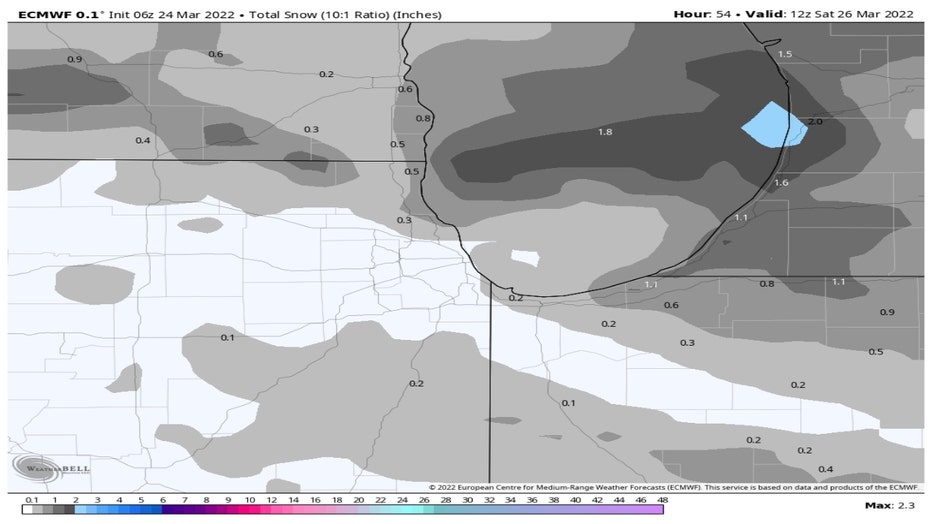 The ECMWF or European model's solution is somewhat similar. It doesn't squeeze quite as much snow though overall. The snow that falls late Friday into Friday night could come down hard, at least briefly. This may result in reduced visibility.

We shouldn't be surprised by snow this time of year. The average last date for a tenth of an inch of snow or more at O'Hare is April 2nd. We've seen a trace of snow or more as late as May 25th.

The rather cold air aloft combined with low freezing levels might mean we also see some graupel. The bigger round objects on this picture from my sidewalk are called graupel. I posted about some that fell a few weeks ago. I call it the "dippin' dots" of precipitaiton types. The National Weather Service describes graupel as "soft, small pellets formed when supercooled water droplets (at a temperature below 32°F) freeze onto a snow crystal, a process called riming". 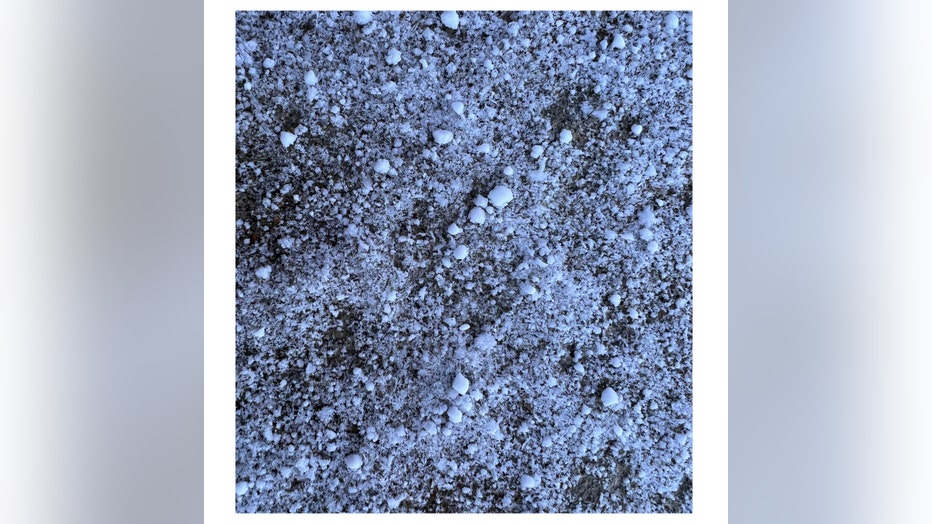 The wintry weather keeps on coming right through the weekend. The GFS model suggests it will feel like February this weekend with highs both Saturday and Sunday in the 30s. 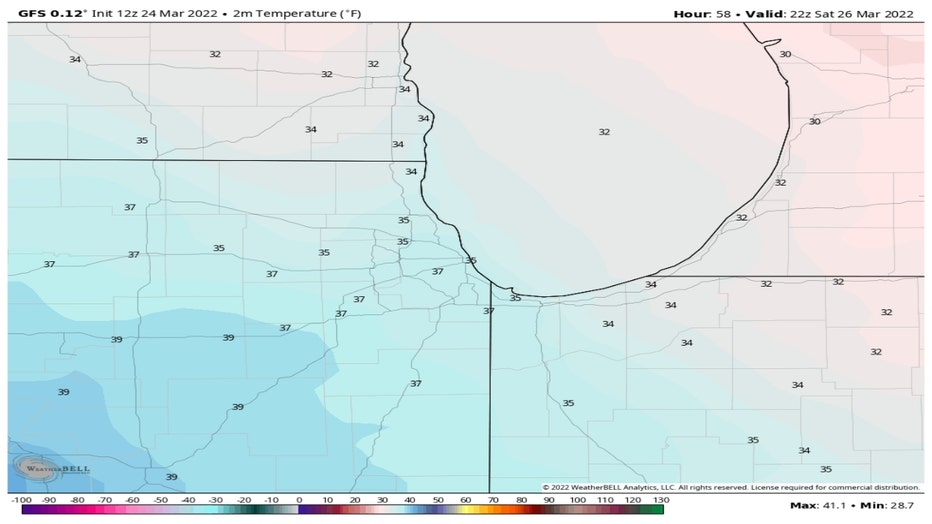 That means highs this weekend will be between 10 degrees to 15 degrees below average. The GFS temperature anomaly forecast for Saturday afternoon shows we are near the center of a core of colder than average air that will settle south out of Canada over the middle of the country. 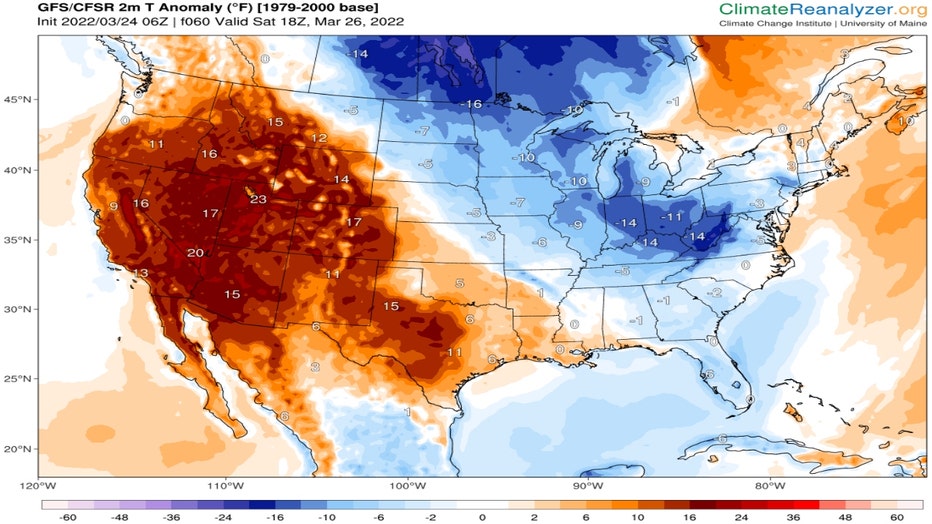 Welcome to spring in Chicago where it can feel more like February one day and just like July on another!