DePaul has hired DeWayne Peevy as its athletic director to replace the retiring Jean Lenti Ponsetto.

Former Kansas State guard Brian Patrick is headed to DePaul as a graduate transfer, the Blue Demons announced on Tuesday.

DePaul guard Jalen Coleman-Lands was granted a sixth year of eligibility by the NCAA on Wednesday.

DePaul and coach Dave Leitao on Thursday agreed to a contract extension through the 2023-24 season after a year in which the Blue Demons went 16-16.

Lexi Held scored a career-high 31 points on 10-of-14 shooting and No. 15 DePaul beat Marquette in the Big East tournament championship game for the third straight season, 88-74 on Monday night for the Blue Demons' fifth trip to the NCAA Tournament.

Charlie Moore scored DePaul’s final four points at the free-throw line to lift the Blue Demons to a 69-68 win over Marquette on Tuesday night.

Xavier coach Travis Steele shows his players video of Buster Douglas overcoming a knockdown to upset Mike Tyson for the heavyweight title in 1990. They got the point.

Saddiq Bey and Collin Gillespie each made five of Villanova's 18 3-pointers, and the 12th-ranked Wildcats used their long-range shooting to beat DePaul 91-71 on Wednesday night. 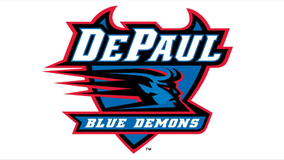 Jahvon Blair scored a career-high 30 points and Georgetown rallied from 11-points down to beat DePaul 76-72 on Saturday, handing the Blue Demons their sixth straight loss.

Marquette beat DePaul 76-72 after the Blue Demons led most of the way.