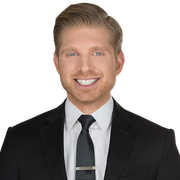 Emmy winner Jake Hamilton began his film critic career at the age of 14 by writing multiple letters to the Houston Chronicle, all describing why he would be perfect for the position. He was awarded the position in April 2002. His first review -- of the summer blockbuster "Spider-Man" -- was published on May 9, 2002.

As Hamilton's reputation became more reputable, he was allowed to branch out into out into Top Ten Lists, Oscar Coverage and even the subject of publicity contests. While working with the Houston Chronicle, a publicity contest quickly formed into the popular "Win A Date With Jake Hamilton" contest (modeled after the film, Win A Date With Tad Hamilton).

Hamilton would continue to write hundreds of reviews throughout the next four years before leaving the Chronicle in May 2006 upon graduating from Clear Lake High School.

After leaving the Chronicle, Hamilton began searching for an even bigger outlet -- television. This led him to audition for the late-night Houston PBS talk show, "The After Party" with Emmy-winning host, Ernie Manouse. He was awarded the position and began his career in television in September, 2006. Alongside Variety film critic, Joe Leydon, Hamilton participated in weekly chats about the latest cinematic offerings for the quirky, late-night talk show before "The After Party" was finally canceled in January 2007.

Having developed a close relationship with Manouse while working on "The After Party," Hamilton was brought on as a producer for the HoustonPBS documentary, "The Last 24," which was met with critical praise when it aired in August 2007.

In March 2008, KHOU-TV (the Houston CBS outlet) contacted Hamilton about appearing as a guest on their morning talk show, Great Day Houston. Met with a warm reception by the studio and audiences alike, Hamilton was awarded his own segment, "Jake's Takes," where he now continues to cover film and interview actors and actresses on a weekly basis.

In October 2010, Hamilton moved onward and upward, bringing "Jake's Takes" to FOX TV in Houston, where he won an Emmy for "Best On-Air Talent." Sitting across from the likes of Tom Hanks, Brad Pitt and George Clooney, Hamilton became a staple of Hollywood reporting and even became the subject of controvery himself when he entered into an interview battle with Samuel L. Jackson, which went viral around the world.

In November 2013, Hamilton then made the giant move to Chicago, bringing "Jake's Takes" to the great team at "Good Day Chicago," for FOX-TV (WFLD-TV). 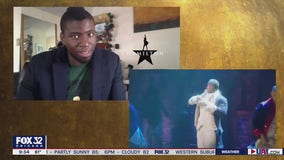 FOX 32's Jake Hamilton discusses the magic of Hamilton with the Broadway musical's original cast ahead of its premier on Disney Plus. 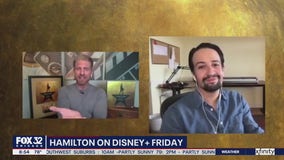 Ahead of its premier on Disney Plus, the cast of the Broadway hit Hamilton sat down with FOX 32's Jake Hamilton to discuss the epic stage production. 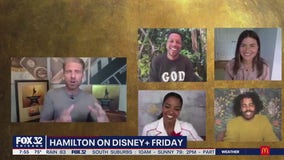 The cast of the Broadway hit Hamilton sat down with FOX 32's Jake Hamilton to discuss the epic stage production and it's launch on Disney Plus. 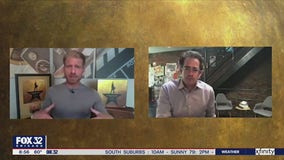 Hamilton hits Disney Plus on Friday. Ahead of the launch, FOX 32's Jake Hamilton sat down with the show's choreographer, Andy Blankenbuehler. 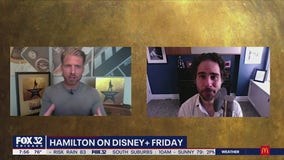 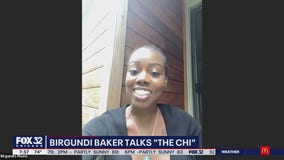 The hit Showtime series 'The Chi' is back for a third season and Jake Hamilton had the chance to talk with one of the stars, Birgundi Baker. 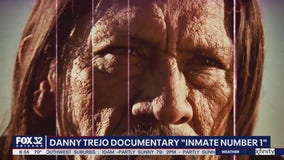 He's one of the toughest guys to ever hit the big screen, but Danny Trejo's real-life story is crazier than anything Hollywood could ever come up with. And now, it's all captured in the new documentary, "Inmate #1," and Jake Hamilton had the chance to chat with him. 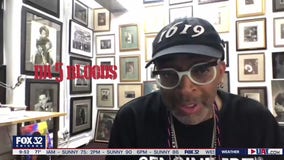 Spike Lee’s new Vietnam drama 'Da 5 Blood’s' hits Netflix on Friday. FOX 32’s Jake Hamilton had a chance to speak with the iconic director ahead of its release. 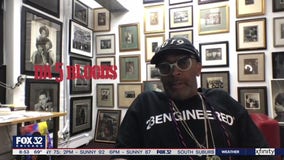 Spike Lee is unquestionably one of the most recognizable voices in cinema. FOX 32's Jake Hamilton shares his top five favorite movies from Lee’s filmography. 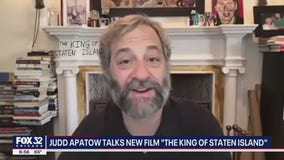 SNL star Pete Davidson stars in the new Judd Apatow comedy, “The King of Staten Island.” FOX 32's Jake Hamilton had the chance to speak with Apatow about the flick, which is actually getting some Oscar buzz.