Chicago Bears coach Matt Nagy denied a report on Tuesday stating he would be fired after the team's Thanksgiving Day game against the Detroit Lions.

CHICAGO - Matt Nagy denied reports that his last game coaching the Chicago Bears will be on Thanksgiving Day, he announced Tuesday at a press conference.

The Patch reported that Nagy would coach his final game for the Bears Thursday against Detroit.

Nagy rejected the rumor on Tuesday, saying his focus is on beating the Lions.

"That is not accurate," Nagy said. "I have great communication with ownership, with George [McCaskey] and Ted [Phillips] and Ryan [Pace], and I have not had any discussions [on that.]" 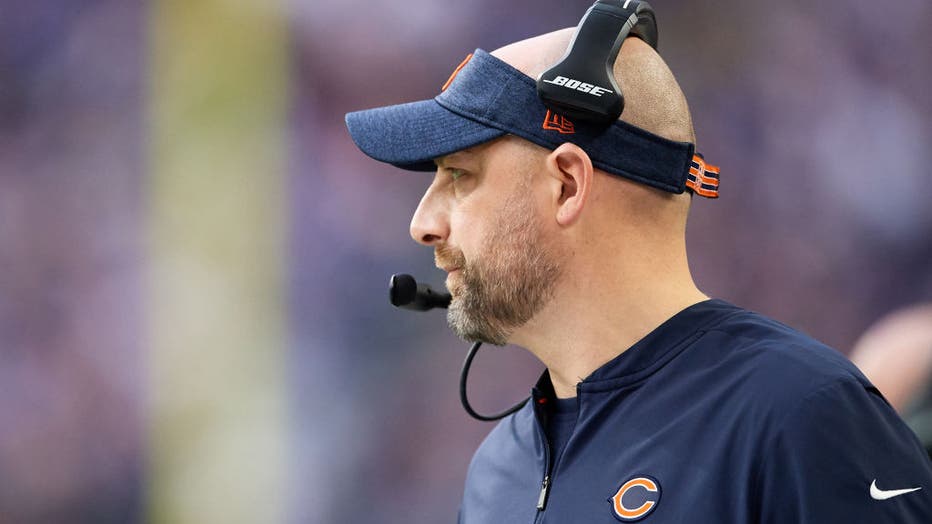 Head coach Matt Nagy of the Chicago Bears looks on during the game against the Minnesota Vikings at U.S. Bank Stadium on December 29, 2019 in Minneapolis. The Bears defeated the Vikings 21-19. (Photo by Hannah Foslien/Getty Images)

The Bears have dropped the past five games and now sit at 3-7 after a very troubled 2021 campaign:

Fans have also been wondering whether the team will stay at Chicago's Soldier Field or move to Arlington Heights. The team announced a purchase agreement for the Arlington Racecourse land in late September.

The Chicago Bears are officially buying Arlington Park, which makes their move from Soldier Field look even more realistic.